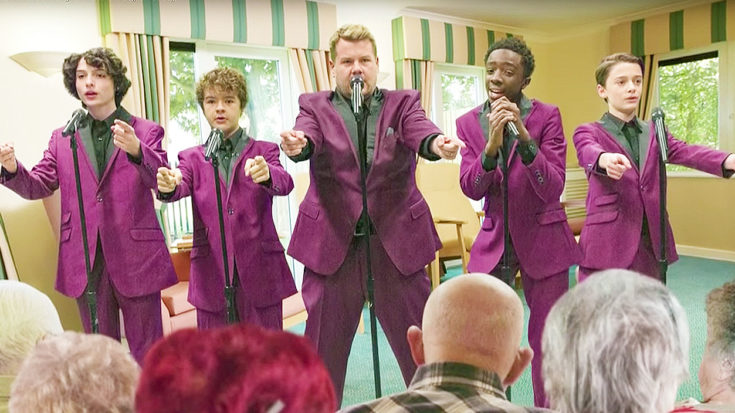 Who Knew They Had THIS Much Talent!?

A couple of weeks ago, Netflix debuted the long-awaited, brand new season of their popular hit show Stranger Things. The show revolves around a group of friends living in a small town in the 1980’s, who come face to face with demons, monsters and other weird thing deriving from an alternate dimension. The show gained loads of popularity, and the five stars of the show have been praised for harvesting amazing talents at such a young age.

With the recent premier of the show, the stars have been making their press rounds which included an appearance on the Late, Late Show with James Corden. The four boys in the cast, Finn Wolfhard, Gaten Matarazzo, Caleb McLaughlin and Noah Schnapp appeared on the show, and teamed up with James Corden to turn in a phenomenal performance of some of Motown’s iconic classics! Prior to singing, they perform a skit pretending that they were once a popular Motown group, but had to disband after the kids landed their roles in Stranger Things, and James was left alone. But this is considered their reunion show, and we hope to see more of this in the future, because they sound unbelievable together!

Check out the clip down below, and let us know what you think!