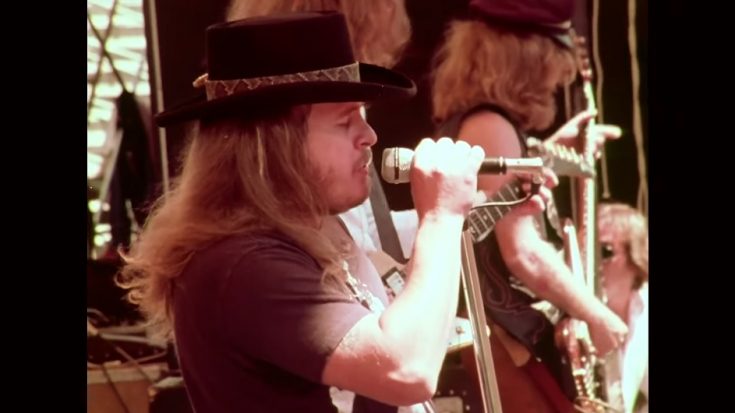 While legendary American southern rock band Lynyrd Skynyrd are currently busy with their Last of the Street Survivors Farewell Tour, fans aren’t entirely sure of the degree of truth of this “farewell”. Prior to the band’s Stagecoach 2019 performance, Parade sat down with the band to clarify the floating rumors.

Guitarist Rickey Medlocke revealed that the band is currently working on a new album, with many more in line based on the unrecorded material, just waiting to be produced.

Wanted to take this opportunity this morning to thank each and everyone for all the Birthday wishes that were sent to me yesterday! I really appreciate it, and see, how more than ever, each day is a blessing and a special gift to us all … #guitarslinger #musiclover #borntorock …

When asked if they really have decided to put down their instruments, Medlocke answered “Ya think?! The thing is, what it’s all about is that we ended 2017 after a pretty brutal year out touring, and everyone knows that in past 10 years Gary [Rossington] succumbed to some scary times with his heart that freaked us out, ya know?”

“But ya know what?” Medlock continues, “Gary, along with Johnny [Van Zant] and myself and management, we just thought it was time. What this is, is about us pulling back on doing the 80-100 shows we’ve done every year, because with performances and the travel we’re talking 225 days a year away from home, ya know?”

In response to the query if ever they were planning for a well-deserved curtain call, Medlocke just dismissed it with a definitive reply. “Well, I’ve argued this with people sometimes who say ‘why do you guys keep doing this? Why don’t you just give it up and live a quote/unquote whatever life?’ But this is what we do. It’s not who we are, it’s what we do. I’m about music—it’s what I do, I’ve done it all my life, and you don’t all of a sudden one day go ‘OK, I’m done with music,’ and you lay it down and walk away from it.”

He even introduced the possibility of a residency stint, “I love entertaining—the whole band does. So, basically what it’s gonna come down to is we’re doing these shows, ya know, this year and it will roll into next year, and [Rossington] and management have had plans for us to do a residency. Residencies are all over the world. You can do ‘em in Europe, and of course there’s Vegas, like Aerosmith is doing.”

With regards to the new album that the band was working on, Medlocke revealed the abundance of unrecorded tracks that they were planning on doing something with. “We’re getting ready to go into the studio and cut a new studio song, and we’ll see what we’re gonna do with it. But you know what?” Medlocke continues, “We’re going to stay in recording, because we’ve got a stockpile of tunes, man, that’s unbelievable! They’ve never been recorded. Nobody’s heard of them! Only the writers and us.”

Finally, Rickey Medlocke confirms the future of the band, sealing the final nail to the coffin. “Nobody’s leaving, we’re not breaking up as a group. I’ve said this before, you don’t have to break up, and I don’t think any of us are thinking that.”

It looks like Lynyrd Skynyrd is here to stay, and for a long time at that.