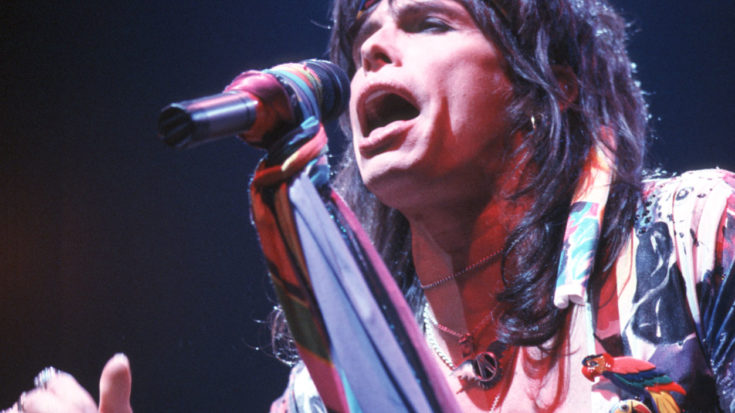 Written in 1993 and featured on Aerosmith’s Get A Grip, “Crazy” goes down in rock history as one of the band’s best loved singles, its swampy, bluesy sound highlighted gorgeously by a vocal performance from frontman Steven Tyler that can only be described as absolutely delicious. While it fell to the latter end of Billboard’s Hot 100 at #68, “Crazy” was a crowning achievement for Aerosmith in other ways; namely, the 1994 Grammy Award for Best Rock Performance By A Duo Or Group With Vocal, and it’s easy to see why.

Fun Fact: With a music video that featured Alicia Silverstone and Tyler’s own daughter, Liv, Aerosmith’s “Crazy” became one of MTV’s most highly requested videos.

In the isolated audio below, you get to hear Tyler’s vocal performance in all its glory, reigning supreme as every rise and fall, crack and rasp is allowed to shine on its own and showcasing the full scope of what Tyler’s voice can really do when left to carry the song.

A winning studio performance from Steven Tyler, this audio is absolutely to die for! Who needs a full band when you’ve got a vocal track like this to appreciate? Enjoy!