Listen To Rare Jam Of Lars Ulrich and Dave Mustaine 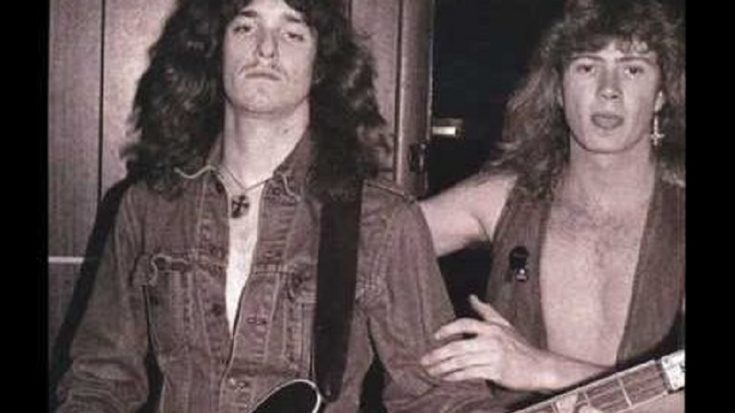 They say that Dave Mustaine’s dismissal from Metallica was the best thing that’s ever happened because, by that, Megadeth is born. Nonetheless, no one could take away Mustaine’s generous contributions to Metallica on determining the heavy metal/thrash sound that they are well-known for today.

Mustaine became the band’s lead guitarist before he was fired. By then, he had co-written at least six songs from the early days, but he wasn’t the type of guy you would want to rely on when it comes to professionalism. While all the band members are avid drinkers of alcohol, Mustaine was three times worse than all of them. Aside from that, he’s a drug lunatic and would always cause trouble whenever he’s under the influence of booze and drugs. That’s something that Metallica didn’t like and fired him straight away. After that, Metallica went with Kirk Hammett as their lead guitarist.

Moreover, his relationship with his colleagues wasn’t good either. Lars Ulrich, Metallica’s drummer, wasn’t too keen on making friends with the former guitarist even after the dismissal. It’s sad to say that there’s still the heated bad blood between these two legends of thrash metal.

Still, it’s a moment of glory to discover this one rare video of them jamming during the early-Metallica days. Because no matter how much spite they pit against each other, no one could deny how Ulrich and Mustaine’s style shaped each other’s music one way or another.

Listen to them improvise below.