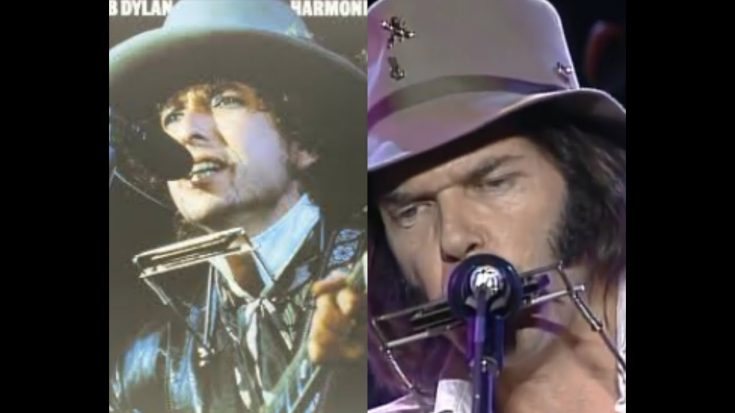 The harmonica instrument, although rarely used on most rock songs, could give them a lustrous touch. The flexibility that this easy-to-carry instrument does to the song is one of the few reasons why it’s amazing: it’s not just easy to follow through, the harmony it provides is just priceless. Below, we’ve listed these 5 classic rock songs that make use of the tiny, versatile instrument with amazing results. Check it out.

“Tangled Up in Blue” – Bob Dylan

It’s preposterous if there isn’t a single Bob Dylan classic to belong on your list of the greatest songs with harmonicas. Dylan practically made the instrument his muse for his biggest hits, particularly, “Tangled Up in Blue,” for which it sounded like a mellow hurricane.

“When the Levee Breaks” – Led Zeppelin

Led Zeppelin became a genius on incorporating the shy harmonica to be a part of a song that inevitably screams danger and fear. And the fun part is, it didn’t sound like a wary instrument— it perfectly exudes the haunting feeling that “When the Levee Breaks” is well-known for.

The uplifting “Heart of Gold,” Neil Young’s most successful single, makes use of the symphonic wonders of harmonica. Neil Young is a folk artist, who basically treats the instrument like an acoustic guitar, so he’s providing the parts where he’s most comfortable.

In Bruce Springsteen’s formative years, it was harmonica that served as his go-to instrument. But by the time he released Darkness On The Edge of Town he was more reliant on the heavy and complex rhythms provided by the well-known instruments. Nevertheless, that didn’t stop him to incorporate its harmony for his “The Promise Land” track.

If “Piano Man” were to be made into a movie, then the harmonica will be its leading lady. Billy Joel was keen on using its power for his melody, which makes the song better than what’s expected.