Listen To Joni Mitchel’s ‘House of the Rising Sun’ Cover 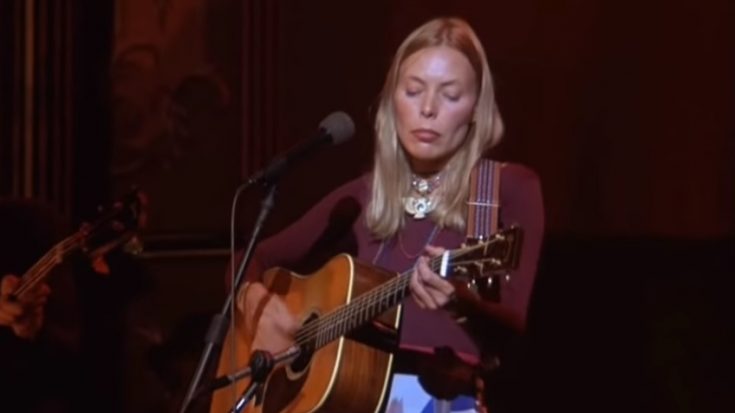 The traditional folk song “House of the Rising Sun” is what many consider to be a timeless classic. There are so many unanswered questions about the song’s origin that it feels like it was written out of nowhere, sprouted under Earth’s nurturing grace, then blossomed like an everlasting flower.

“The House of the Rising Sun” has been covered multiple times by countless artists, but perhaps the most popular rendition belongs to The Animals, who first performed the song live during a concert tour with Chuck Berry. The set got a marvelous reaction from the audience, which prompted the band to record a single out of it.

“I’ve been told by lots of people who know, and were around at the time, that that’s what stimulated Bob [Dylan] into going electric, and becoming a rock star as opposed to a folk star,” Eric Burdon of The Animals once said in an interview. From then on, the song became the first-known “folk-rock hit” in the history of music.

But it wasn’t just The Animals’ cover that carried a profound effect on the song; back in 1963, a young girl going by her stage name Joni Mitchell, recorded her supposed-to-be debut tapes, including this song as a magnificent opener to her debut record. Unfortunately, the tapes were misplaced; until recently, when someone found them in the basement of someone’s house. The tape stands as one of her earliest recordings, and now belongs inside her Joni Mitchell Archives Vol. 1: The Early Years (1963 To 1967) box set.

You can listen to Mitchell’s charming cover below.