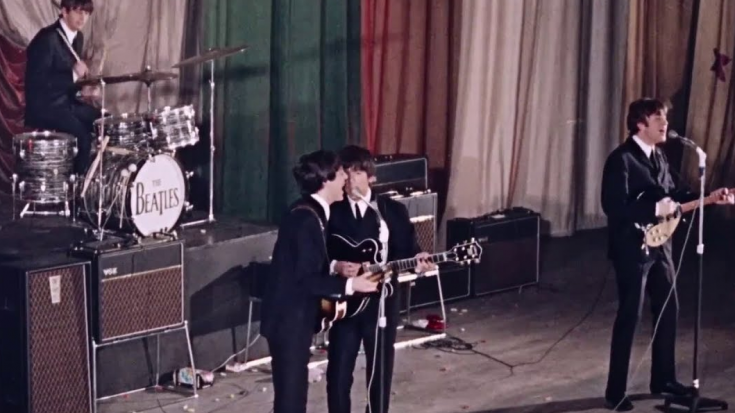 The Beatles never ran out of opportunities to appear in iconic live performances. With that, let’s take a look at one of the band’s most authentic show in 1963. The performance can be viewed below.

The Beatles were just getting started in the early 1960s when it came to live rock ‘n’ roll touring. While they parade themselves as club performers, not much can be said when it comes to sold-out concerts, until this very moment where they the Fab Four proved that they don’t need the usual package tour to sell themselves – they could do it without any artist tagging along with them.

In the mid-‘60s, the band’s energetic performances were presumably only possible because of one‘s youth and the short time they were assigned on stage during tours. So, when they performed at the ABC Cinema in Manchester, England, with a short set that span for 30 minutes and a total of 10 songs, the quartet knew how important it was to show energy and vigor towards performances.

Clad in their signature moptops and matching outfits, the band delivered their set fabulously. Lucky for us, amid the deafening screams of the girls, the video can be heard and enjoyed below.

Take a look at the band’s live performance of their hit, “She Loves You” in High Definition here.