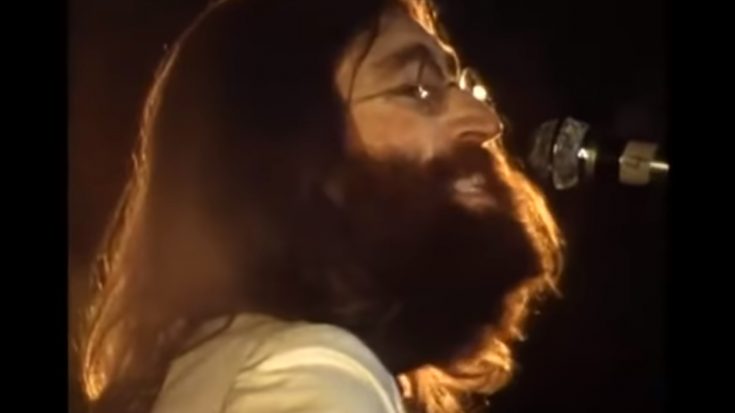 The iconic 1969 Beatle track “Don’t Let Me Down” is a poignant irregular masterpiece, coupled with the rooftop concert video, made it one of the most memorable tracks by the Fab Four. John Lennon’s unrestrained vocals, which are supported by Paul McCartney’s backing and bass, while George Harrison beautifully drives the progression, is completed by the fun-loving Ringo Starr and his simplistic but tight drumming.

Written by John Lennon as his intimate relationship with then-girlfriend Yoko Ono was blossoming, McCartney saw it as a genuine plea for love, with Lennon saying to Ono, “I’m really stepping out of line on this one. I’m really just letting my vulnerability be seen, so you must not let me down.”

Gaining high praise from various music critics and reviewers as one of the most powerful love songs to have ever been written, “Don’t Let Me Down” doesn’t disappoint in giving a hearty message while showcasing that indulgent slow rock grit effectively. Listen to John Lennon as he was trying different attacks on the song, on this demo version of the song.