Listen To Dave Grohl’s Iconic Isolated Drums For “My Hero” 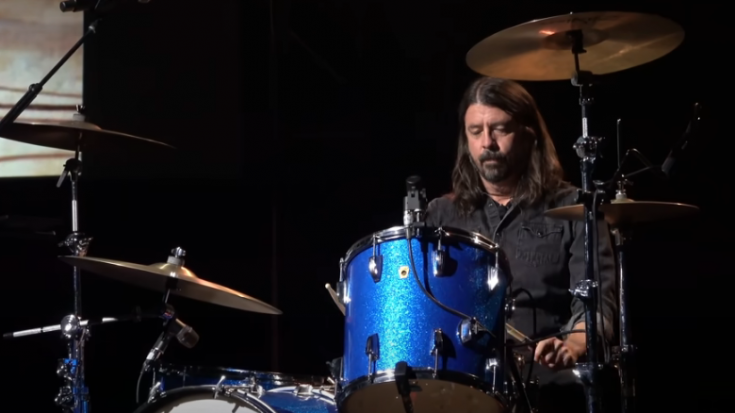 Way before he established Foo Fighters, Dave Grohl has been making rounds as the incredibly talented drummer of Nirvana. Sadly, when Kurt Cobain died, Grohl had to restart over and rediscover his love for music by forming his own group.

Foo Fighters first started with Grohl as a one-man group. Throughout the years, the band became bigger with every new member joining; by 1999, the group has established its core lineup consisting of Grohl, Nate Mendel, Chris Shiflett, and Taylor Hawkins. Hawkins was the official drummer of the group, but before he came to the scene, it was Grohl who provided most of the work.

One song where we can clearly hear the power of Grohl’s drumming came from the group’s 3rd album entitled The Colour and the Shape (1997) with the song “My Hero.” Released as a third single, this story, recounted by Dave Grohl from the viewpoint of a young child, reflects his admiration for everyday heroes. And over the years, fans and listeners-alike have pointed out that the song may perhaps been inspired the late Kurt Cobain. Grohl made it clear in an interview with Howard Stern that the song was only “loosely based” on his former Nirvana bandmate.

“My Hero” has been frequently used both by the band and for commercial & cinematic reasons. It has been used for movies and TV shows, and was also a subject of controversy when in 2008, John McCain, the Republican presidential candidate, utilized the song at rallies without the band’s consent, much to the dismay of the Foo Fighters.

In large part due to the booming drums, which serve as the song’s driving force, “My Hero” is one of Foo Fighters’ most upbeat compositions. You can listen to Dave Grohl’s isolated drums below.