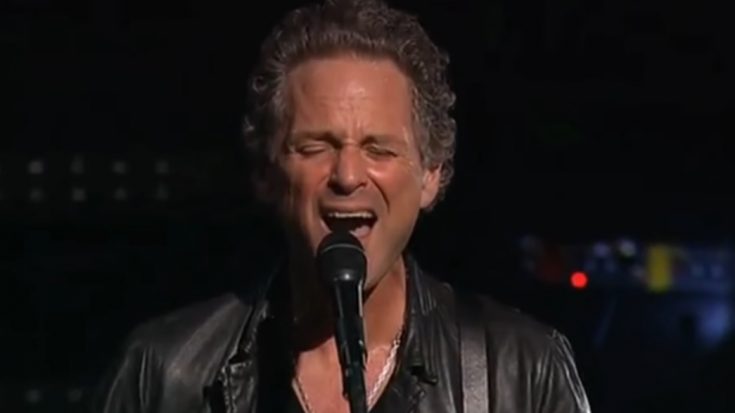 Lindsey Buckingham will be holding a special streaming concert after a potentially life-threatening surgery.

“I’ve been laying low lately, just like everybody else. I haven’t seen any of you for a while, so I thought I’d give a little intimate concert from my home studio. … You can all watch it from the comfort of your own homes,” said the former Fleetwood Mac guitarist.

Called At Home With Lindsey Buckingham, the show is scheduled to stream on December 5 at 8:30 PM ET on Buckingham’s website. Tickets cost $15 and are up for grabs now.

Lindsey Buckingham is performing an intimate show, live from his home studio in Los Angeles, featuring hits from across his iconic catalog on December 5th.

Tickets will be on sale Friday, November 13 at 7am PT.

Virtual concertgoers will be treated to two-day access to the 45-minute concert, where Buckingham promises to play songs from his extensive career of being a soloist to joining Fleetwood Mac. There will also be VIP packages available, which will come with exclusive merchandise.

Buckingham’s activities were halted in early 2019 when a certain procedure damaged his vocal cords when he undertook open-heart surgery. He hasn’t been seen in public since then but a now-removed Zoom video from August saw him perform the songs “Never Going Back Again,” “Big Love,” “Trouble” and “Shut Us Down.”

The musician has inched his way back into work with appearances on guitar for his daughter’s high school class, and on the Killers’ new song, “Caution”. He then announced a spring 2020 solo tour but was postponed due to the ongoing pandemic.

Buckingham said he has plans to release a new solo album this coming 2021.