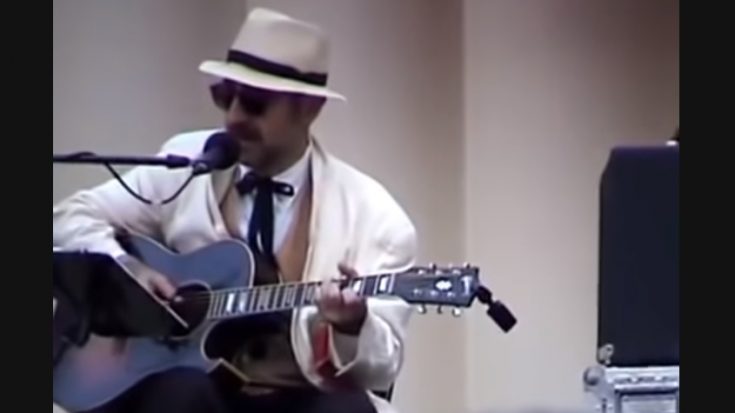 The musical community has come upon another rainy day. Leon Redbone, a legend in keeping the rudiments of rock music alive, has passed away on May 30th, 2019. Most remembered for his guise of mystery, with a vaudevillian ensemble of the Panama hat, black suit & tie, and dark facial hair, this unsung hero has been keeping the earliest roots of rock alive during his career.

An official statement has been released through his website, which was a bittersweet note of farewell to the musician. “It is with heavy hearts we announce that early this morning, May 30th 2019, Leon Redbone crossed the delta for that beautiful shore at the age of 127. He departed our world with his guitar, his trusty companion Rover, and a simple tip of his hat. He’s interested to see what Blind Blake, Emmett, and Jelly Roll have been up to in his absence, and has plans for a rousing sing-along number with Sári Barabás. An eternity of pouring through texts in the Library of Ashurbanipal will be a welcome repose, perhaps followed by a shot or two of whiskey with Lee Morse, and some long overdue discussions with his favorite Uncle, Suppiluliuma I of the Hittites. To his fans, friends, and loving family who have already been missing him so in this realm he says, ‘Oh, behave yourselves. Thank you … and good evening, everybody.'”

Redbone’s obscurity couldn’t hide him from the recognition he deserved. Spotted by Bob Dylan himself on 1972’s Mariposa Folk Festival, who was so impressed with the folk sound he made. He is known for his albums like On the Track, and Double Time. His unique stage presence and style earned him a cult following. When asked why he preferred being shrouded by mystery, Redbone responded, “I don’t do anything mysterious on purpose. I’m less than forthcoming, but that doesn’t necessarily mean I’m mysterious. It just means I’m not inclined to go there.”

He is survived by his wife Beryl Handler, daughters Blake and Ashley and three grandchildren, Devin, Amberley, and Holland.