Led Zeppelin’s Luxurious Party Plane Is The Stuff Dreams Are Made Of – Want To Take A Peek Inside? 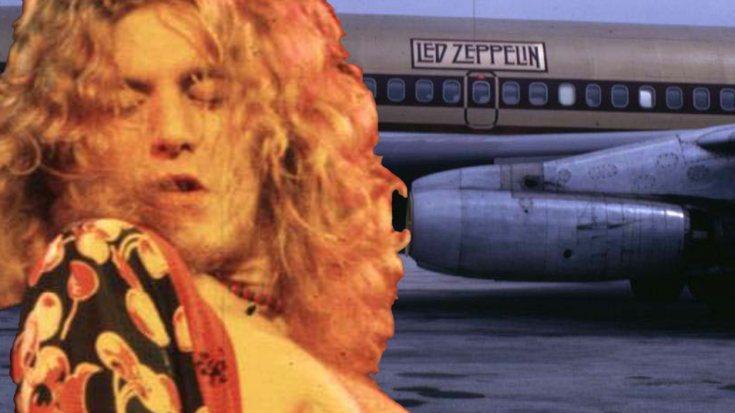 So naturally, when it came time to travel, Led Zeppelin traveled in the lap of luxury – their very own private plane.

But it wasn’t just any private plane – oh no, not by a long shot.

Originally used by United Airlines as a passenger jet, the Boeing 720 affectionately dubbed ‘The Starship’ was a floating palace, tricked out and modified to accommodate Led Zeppelin’s every whim and desire during their 1973 and 1975 North American concert tours.

Owners Bobby Sherman and Ward Sylvester poured $200,000 into the project and by the time all was said and done, the main cabin included a full bar with seats and tables, revolving arm chairs for the band to lounge around in, a 30-foot-long couch that ran along the right side of the plane opposite the bar, as well as a TV and video cassette player to make those long treks fly right on by.

But the fun didn’t stop there. Come on, folks – this is Led Zeppelin we’re talking about.

The Starship also featured an electronic organ built into the bar itself, and at the back of the plane were two back rooms – one with a low couch and throw pillows strewn about, used more as a private lounge, and the other, a plush bedroom – an absolute essential for any band, especially Robert Plant and company!

It even had a shower, no longer requiring Led Zeppelin to live in and out of hotels and suitcases while on tour and allowing them to settle in major cities across North America, thus saving the time they’d ordinarily spend traveling for hours on end to get to and from concerts.

Though Led Zeppelin set the standard, they weren’t the only ones to use The Starship.

When they weren’t touring, the plane was rented out to a veritable who’s who of rockstars: The Rolling Stones, Deep Purple and Alice Cooper were all guests on The Starship for their respective tours, and when The Allman Brothers Band took it out they found a nice little surprise waiting for them – lines of cocaine on the plane’s bar that spelled out, ‘Welcome Allman Brothers’. 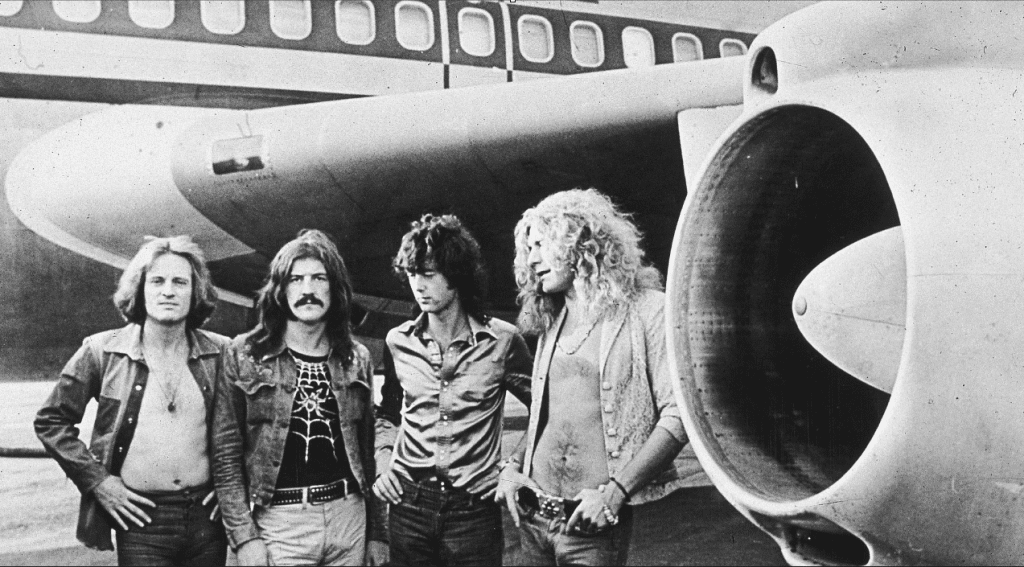 Sadly, all good things must come to an end.

Peter Frampton was the last to charter The Starship before it was permanently grounded in 1977 due to signs of engine difficulties, and after going through several ownership changes throughout the remainder of the 70s went into storage and was dismantled for parts in 1982.

But damn – what a time to be alive!