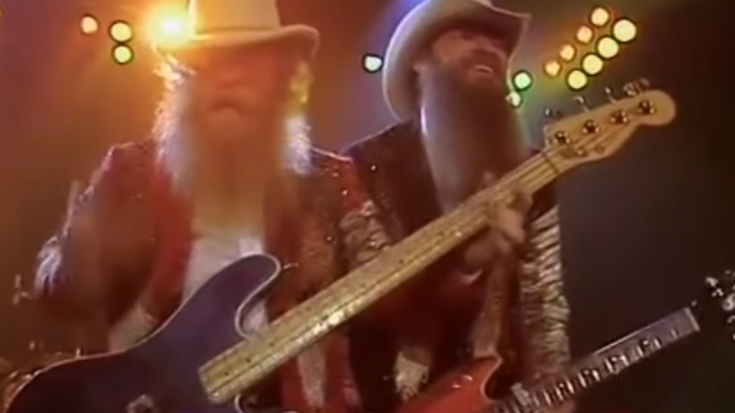 ZZ Top Prove Once Again Why They Are Gods Among Men!

ZZ Top is undoubtedly one of the (if not THE) most influential rock/blues bands to ever take center stage. They have a style and pure charisma that is the stuff of legend. They are often imitated, but never duplicated.

Aside from their legendarily immaculate beards, they are probably most recognizable by their bluesy guitar licks, booming bass notes, and thunderous drums. All of that came into play during this epic live performance in 1982!

This performance was one of many that catapulted ZZ Top straight to the top. From their unique looks to their timeless music, when when they got the platform they needed that night, those watching knew that the world had its next great rock band.

What you’re about to watch is a video in which the aforementioned ZZ Top take to the stage in 1982 to perform not just one, but two of their many iconic hit songs. Those iconic hit songs being “La Grange” and “Tush”. When little ol’ band from Texas take to the stage, all seems normal at first, but as soon as they start playing, the crowd is in absolute awe. See for yourself!