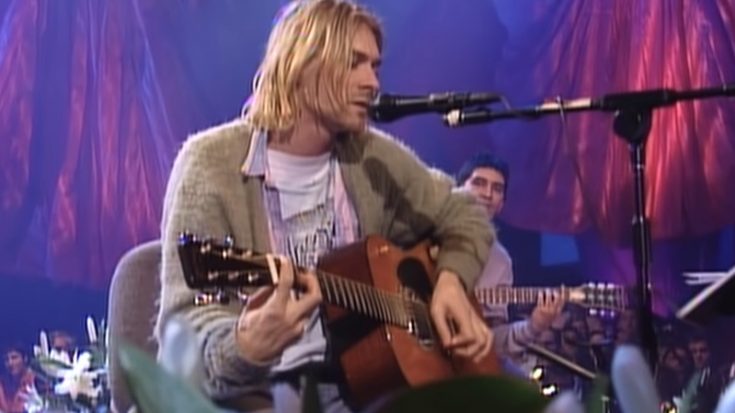 Kurt Cobain’s acoustic guitar from the iconic MTV Unplugged performance of Nirvana was sold at an auction on Saturday for a whopping $6 million. It broke the record of David Gilmour’s Black Stratocaster which sold for $3.95 million.

The said guitar was a 1959 Martin D-18E, purchased by Cobain at Los Angeles’ Voltage Guitars and was modified for left-handed use. Pre-auction bids reached $1 million with the item receiving seven bids in total, the winning bid amounting to $6,010,000 according to the Julien’s Auctions website.

Cobain’s guitar came with its original hardshell case that he customized with a flyer for the band Poison Idea’s 1990 album, Feel The Darkness. It even comes with a half-used pack of Martin acoustic strings, three picks, and a “suede ‘stash’ bag” decorated by a small silver spoon, fork, and a knife.

Shortly after the auction, the buyer was revealed to be Peter Freedman of Rode Microphones. “When I heard that this iconic guitar was up for auction, I immediately knew it was a once-in-a-lifetime opportunity to secure it and use it as a vehicle to spotlight the struggles that those in the performing arts are facing and have always faced,” he said.

Freedman added, “Nirvana’s Unplugged is one of my favorite records of all time and easily one of the best live performances ever captured on film. They were a huge influence on me; the early-90s were Rode’s formative years, and Nirvana’s music was very much the soundtrack to that time in my life and that era of the company.” He plans to put the guitar on display for a worldwide touring exhibit, with the proceeds going to the performing arts.

In a recent statement, President and CEO of the auction house Darren Julien said, “This important guitar has earned its rightful place in rock & roll history as the instrument played by one of rock’s most influential musicians and icons in one of the greatest and most memorable live performances of all time.”