Breaking Down The Love Songs From Roy Orbison 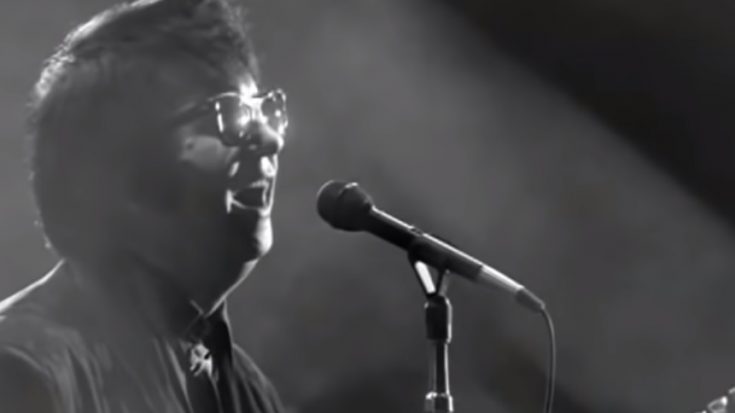 Slicked-back, jet-black hair, dark sunglasses, and black clothes – you’d think Roy Orbison was Death greeting you with emotive songs. True enough, emotion, especially melancholic ones, was Orbison’s specialty. The singer-songwriter poured his creativity by using whatever inspiration he had – whether it be personal or from observation. Orbison hasn’t shied from romance as well, producing both endearing and sad songs in the category, five of which will be detailed in this list.

One of the saddest songs in Orbison’s arsenal, “Crying” was inspired by an old flame that he met again years after their relationship. In an interview with 1000 UK #1 Hits by Jon Kutner and Spencer Leg, he shared, “I was dating a girl and we broke up. I went to the barbershop to get a haircut and I looked across the street and there was this girl that I had split up with. I wanted to go over and say, ‘Let’s forget about what happened and carry on’. But I was stubborn. So I got in the car and drove down the street about two blocks and said to myself, ‘Boy, you really made a mistake. You didn’t play that right at all.’ It certainly brought tears to my eyes and that’s how I came up with ‘Crying’.”

Another show of vulnerability comes with 1961’s “Running Scared”. The chorus-less song talks about the main character’s insecurity about his lover’s past love and how she remains to have feelings for him. But unlike most of Orbison’s sad cuts, the song ends well as he gets to keep the girl in the end.

“In Dreams” was featured in the 1986 film Blue Velvet. This helped Orbison regain traction by the late ’80s, even offered help by its director, David Lynch, to re-record and recreate the song due to legal issues that didn’t allow him to own the masters of the original record. Thematically, it talks about being with your significant other in the world of dreams. Orbison claims the song’s lyrics came to him in a dream.

One of Orbison’s sweeping operatic ballads, “It’s Over” is driven by a rhythm matched only by Orbison’s vocal intensity as he sings about losing the love of his life to another guy. He adds some insight to the theme on a 1980 interview with NME, saying, “‘It’s Over’ is a lonely type song, but it’s not over if you listen to the lyrics very closely. Well, in fact it is over, but I don’t know it, and I’m telling everyone it’s over. I was trying to say that certain things are over before you realise it, before anybody realizes it.”

Advised by songwriting partner Bill Dees to write a song by playing anything that came to mind, Orbison was struck by inspiration when his wife Claudette came in and said that she was about to buy something in town. When he asked if she needed any money, Claudette responded with “Pretty woman never needs any money.” This is considered to be Orbison’s last big hit, and explained the song a bit more on a 1980 NME interview. “There’s a ballad in the mid-section of it there: he’s very sure of getting the girl when he first sees her, and then he’s not so sure, and then he gets desperate, and then he says forget it, and then she comes back. It’s quite complicated, but it’s probably in the presentation, or if I’m really singing like I know I can and I’m doing the job that I should be doing, then it could be that the voice quality in parts has a melancholy something,” he said.