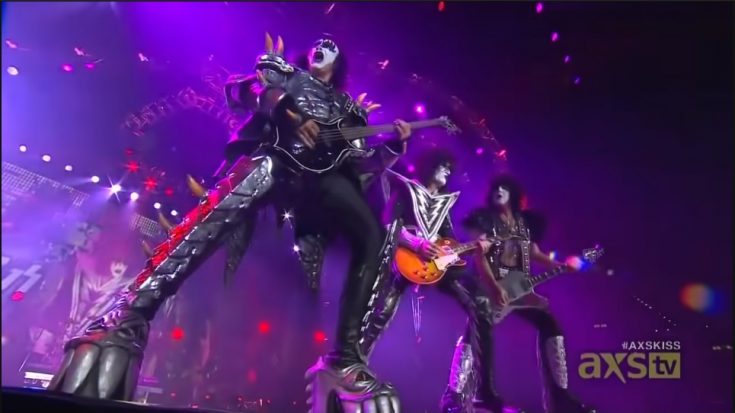 Ever since American shock rockers KISS returned to the stage for their End of The Road farewell tour, constant allegations of lip-syncing has been plaguing the band.

While most of it was dismissed due to the band playing backing tracks for a variety of live television appearances like America’s Got Talent and The Late Late Show With James Corden in the previous year, fans have been wary of what they are really seeing and hearing.

With the End of The Road tour just recently commencing on January, a handful of live videos and footage have been circulating online and sparking debate. People have been noticing inconsistencies on KISS’ shows, especially vocalist Paul Stanley’s vocals being heard in crystal clarity, even though the frontman is considerably at a distance from his mic. This isn’t the first incident, though. During past performances, fans have noticed different notes being blasted from the sound system to what Simmons and Stanley were playing on their instruments.

US radio and TV personality Eddie Trunk shares a story of a personal acquaintance, who was a KISS fan, that complained after being disappointed with the band’s gig. He reportedly spent $1,000 for four shows, which was surprisingly refunded the following day. Trunk says the fan argued, “‘I paid for live; this is not fully live, I want a refund.’ Twenty-four hours later, Ticketmaster issued the refund. That is interesting. This person sent me an email about it, this is a guy who is also in the business so this is not just a fan who is just trying to stir the pot.”

Way back 2015, Stanley came clean when he admitted to using vocal tracks on a Japan show because his voice was shot and didn’t want to disappoint concertgoers. Stanley has been known to be suffering from severe vocal problems in the past years, and has undergone surgical procedures to get him fixed. It didn’t do much apparently, since he still struggles on live performances occasionally, his age also factoring in.

Stanley has reassured fans before the tour started, saying his voice is in tip-top condition and was doing a lot to make sure he sounded his best live. Although its impossible that Stanley has lost his voice, the seemingly seamless performances for consecutive nights are making fans skeptical as to how he is doing it, given his situation.

Watch a clip below from one of KISS’ 2018 gigs in Barcelona. You be the judge.