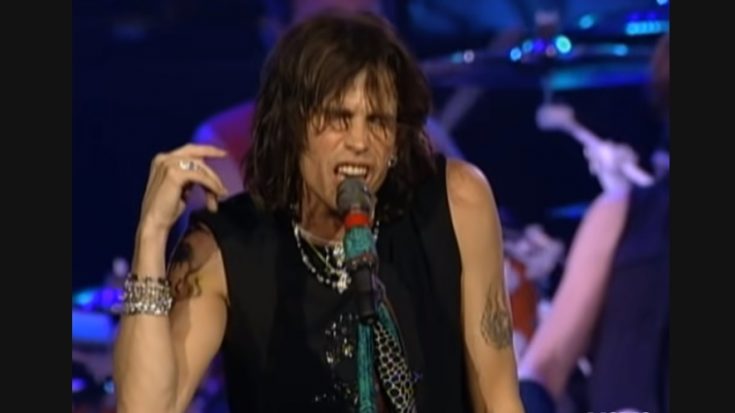 Like every other rock band, Aerosmith has had better days, or songs, for that matter. Known for hits like “Walk This Way“, “Dream On“, and “I Don’t Wanna Miss A Thing“, one would not imagine the band doing sub-par material. With crazy successes on albums such as Rocks and Toys In The Attic reaching multi-platinum goals, they’re sure to churn out similar stuff right? That’s where you’re definitely wrong.We all know of how the band turned to hip-hop to be its saving grace from a waning career. Now, we revisit some of Aerosmith’s underwhelming creations.

We All Fall Down (Music From Another Dimension – 2012)

Aerosmith’s reputation for producing heavy power ballads has only been matched by a few notable contemporaries. Still, this doesn’t guarantee the same quality for the following successors. Tapping Diane Warren’s expertise for this track didn’t help much. Warren’s proven track record for tear-jerker ballads didn’t materialize on the record, it just lacks the Aerosmith oomph that a track like “I Don’t Wanna Miss A Thing” possessed. Not a bad song, but not noteworthy either.

Another track that features a watered-down Aerosmith tone that sounds like a lazy Bon Jovi parody, “Angel” marks a period of creative degradation. Steven Tyler is known for his witty lyricism, but this song was skipped apparently. “Baby, you’re my angel, Come and save me tonight” just doesn’t cut it. The overall lackluster effort in creating the song is a big turn-off even for the most avid fan.

Clearly wanting to get into the newer alternative rock sound of the 90’s, Aerosmith did a disservice of their legacy with “Pink“. Another case of lazy rock syndrome, it spoke innuendos from the get go. While talking about sex isn’t exactly news for rock bands, this is just a stop gap attempt at an album filler. The music video is something else as well, with a morph-fest going on with the band members, plus some eccentric characters that make their way as the song goes on. But hey, the band seems to have enjoyed it.

Freedom Fighter (Music From Another Dimension – 2012)

With Joe Perry taking the helm on the lead vocals, this politically-charged track couldn’t fully grasp the grit Tyler brought to the table. While lyricism is decent at best, the country/rockabilly inspired progression sounds like an old man’s attempt at redemption. Don’t even get started on the “Whoa, whoa, whoa”, which is lethargic, and that’s being charitable. But hey, Johnny Depp as the backing vocals might be enough resale value.

If anything, this is desperation. Like a cross between a bootleg Linkin Park and some obscure punk rock band that’s just woken up after a bad OD, the band hit a new low. Using a heavily electronic sound that drenches the track with a synthetic quality, on top of a overly distorted progression, the track is just a mess. The lazy, recurring lyrics is just an excuse to fill up the song without it being an instrumental-only litter box. Don’t even bother listening to this.