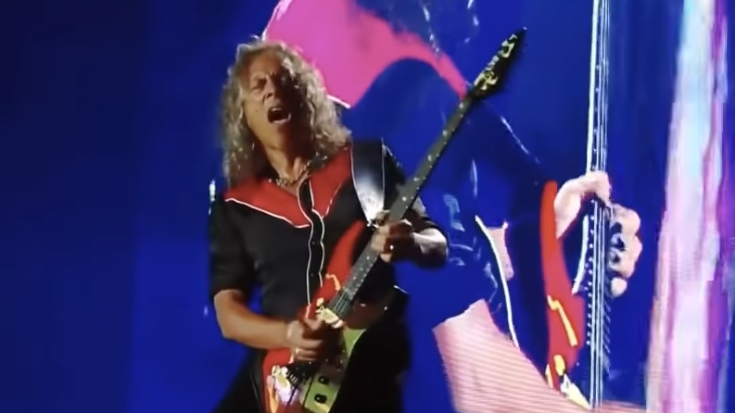 Metallica lead guitarist Kirk Hammett shared that the was no point in him quitting the band – as Metallica’s legacy was bound to follow him wherever he went.

Hammett was talking about the difficulties and challenges the band members experienced during Metallica’s 39-year run in the industry, in which he has been part of except for two of those years. In a new interview with the Daily Star, Hammett said, “We’ve definitely survived so much and have become brothers. We love one another, even if we sometimes hate each other as well. But that’s the way it is with brothers. We realize that we are bound to one another for the rest of our lives.”

He even hypothesized that he could leave Metallica, but went: “And then what? Everyone would look at me and say, ‘Hey, that’s the Metallica guy.’ So, I could physically leave the band, but emotionally, symbolically, mentally, I wouldn’t be let go anyway. What would that do for me?”

He also addressed the band’s decision to sell a signature Blackened whiskey despite frontman James Hetfield suffering from alcohol issues in the past years.

“You can’t compare the two things,” Hammett said. “James’s struggle to get dry is a completely personal matter, mentally and emotionally. The fact that we produce, bottle and sell alcohol is totally independent of this. It is completely up to you whether you drink or not. And I think I can sell what I want. If I were a diabetic, that wouldn’t mean that I couldn’t sell sweets. … James is working his way out of his situation. We can really only try to support him.”

The shredder has also disclosed that Metallica has continued to hold virtual meetings every week and that he has around 600 musical ideas to contribute to the band’s next album.