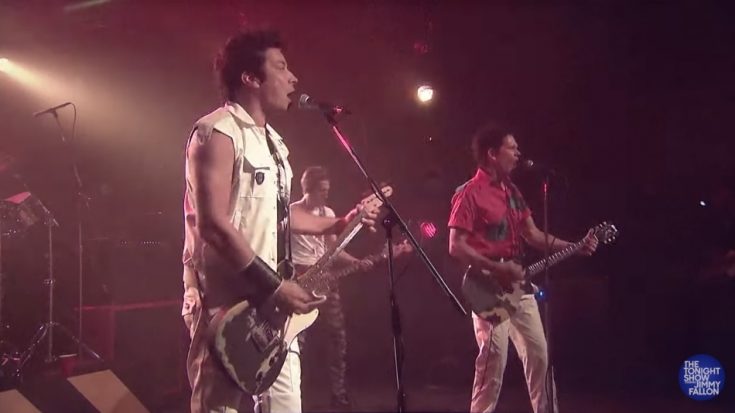 The Clash’s 1982 hit “Should I Stay Or Should I Go” features a conflicting message of choice, with one side wanting to hold on while the other wants freedom. While it has been rumored that the punk rock outfit’s hit was aimed at lead singer Mick Jones’ souring relationship with fellow singer Ellen Foley. Mick Jones dismissed this rumor, though, saying, “It wasn’t about anybody specific and it wasn’t pre-empting my leaving The Clash. It was just a good rockin’ song, our attempt at writing a classic … When we were just playing, that was the kind of thing we used to like to play.”

This classic hit has seen some sort of revival, by no other than Jimmy Fallon and Kevin Bacon. Fallon, known for his penchant of musical segments on his show, performed “Should I Stay Or Should I Go” with Bacon live on the segment First Drafts Of Rock, with their getup and accents emulating The Clash’s wardrobe. The lyrics were something else, however. In an attempt at humor, the lyrics were modified to drive the message in a simpler way.

Watch the fun performance of the duo on the video below!