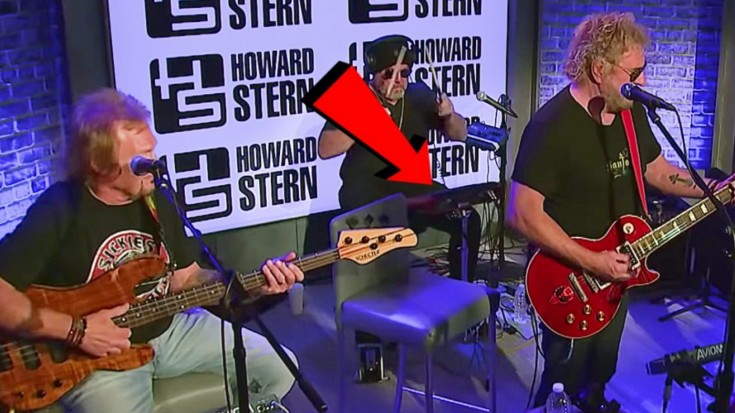 We all know that Jason Bonham, son of legendary Led Zeppelin drummer John Bonham, is without a doubt one of the greatest modern drummers of all time. He is truly on the same level as his father, and he proved as much when he was asked to play with Led Zeppelin back in 2007 for their reunion. He definitely made his father proud.

Aside from The Led Zeppelin Experience, Jason is in a slew of other bands, including one with Sammy Hagar. This band recently performed on The Howard Stern Show.

Each member of the band was interviews and they all played some killer music. The band sounded amazing of course, but what we really found to be the coolest thing of the entire segment was a drum pad that Jason was using in lieu of an actual drum set.

It’s an underwhelming looking piece of equipment, but take a listen to when he plays it. This’ll actually blow your mind.

This is just proof that Jason Bonham doesn’t even need a drum set to absolutely kill it on the drums… if that made any sense. Even with just an electronic pad, Jason can do things that most drummers with expensive drum sets couldn’t do.

His technique, his tone, and everything is point. This guy is a true legend, through and through, maybe one day he’ll perform an entire concert with it!