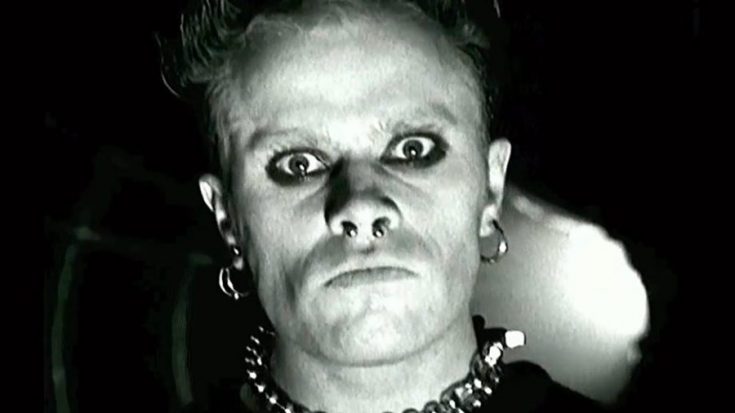 Music plays such a big role in our lives, that it encompasses all that is virtually imaginable. It is the very reason why musicians thrive in the first place. Sometimes, people get so connected to the music and the artists, they feel a sense of entitlement to everything the person does. This can get ugly at times, from annoying the artists at airports, to serious stalker tendencies and even murder. It’s a hard life indeed, that some have to undergo special measures to preserve their safety and privacy.

But it is the fans that patronize the artist, is it not? Along with the negativity, fans are also one of the best support systems one could ever have. This is massively evident especially upon an artist’s death. Nothing can unify people like the love of music, it breaks barriers established by human constructs. Outpour of emotional support and camaraderie is prevalent during these times of heartbreak. It’s really painful to see your favorite rocker age away. Time is a ruthless enemy upon life, and fans are dreading for the inevitable to happen to their favorite senior rock star.

In remembrance to their contributions to the industry, here are some of the notable rockstars that have passed on this year.

Dubbed as the King of Surf Guitar, Dick Dale was the master of reverb experimentation and the employment of non-Western style of guitar playing. He also collaborated with Fender to create the first 100-watt amplifier. He died in California, and was diagnosed with heart and kidney failure beforehand.

The Liverpool-based rock duo was quite popular in the indie rock scene, and have since released one full-length album in 2018. On March 27, 2019, the members Stephen Fitzpatrick and Audun Laading, were involved in a car collision whole travelling to Santa Ana, California, to perform a show there. The two succumbed to their injuries and died to a vehicular fire incident.

Wrecking Crew member Hal Blaine was one of the most in-demand session musicians in the 60’s and 70’s. As a seasoned drummer, he has played for over 40 hit singles, and over 35,000 recordings. Blaine died of old age at the age of 90 on March 11, 2019, in Palm Desert, California. Music icons Ringo Starr and Brian Wilson expressed their heartfelt condolences and talked about Blaine’s accomplishments.

RIP Hal Blaine. You taught the whole world how to dance and every drummer about groove! You were the model for all of my drummer friends! It was a pleasure to get to know you years ago. In addition to your perfect pocket, you always had a pocket full of expertly executed jokes. My thoughts go out to your family and friends. Thank you for your gifts. This is a huge loss to the world of music. God Bless Hal! #halblaine

Pioneer of electronic dance music and raves, Kieth Flint also delved into punk rock with his band Flint. He is most known for his work on the track “Firestarter” with his group, The Prodigy. He popularized electronic rave and broke the stigma on rave culture with his trailblazer performances. Flint died on March 4, 2019 at the age of 54. The cause of death was concluded to be suicide by hanging. Flint was remembered by fans with a mile and a half funeral procession that led to a private ceremony in Essex.

Andy Anderson was known for his drumming contributions for Iggy Pop, and The Cure in 1983 to 1984, and his work on the albums Japanese Whispers, The Top, and Concert, as well as other singles. Anderson announced over a Facebook post that he was diagnosed with terminal cancer by February 2019, and a week later, succumbed to it. Anderson was 68 years old.

Peter Tork was the bassist and keyboardist of pop rock band the Monkees. Tork has been diagnosed with tongue cancer earlier in 2009, but has successfully recovered in 2011. Tork became an advocate for educating the masses about his cancer type, and documented his journey on Facebook. However, his cancer returned in 2018, and died on February 21, 2019.

Bernie Torme worked as axeman for rock acts such as Ian Gillan’s Gillan, and Ozzy Osbourne’s backing band, and as a member of the band Atomic Rooster. Torme also had a comprehensive 40-year solo career. He suffered from double pneumonia and died on March 17, 2019. Torme was 66 when he passed away.

Playing at A New Day festival in Faversham Kent. Can I have a dressing room like this at all venues in future please?

Pioneer band The Who’s drummer Doug Sandom played with the band in the 60’s before Kieth Moon eventually took over the drum kit. He was booted due to his age and internal conflict with Pete Townshend. Sandom died on February 27, 2019, at the age of 89.

Guitar accessory innovator and inventor of the CryBaby wah pedal, Jim Dunlop Sr. founded what is now known as Dunlop Manufacturing. He provided gear for the greatest guitarists of rock like Eric Clapton, Jimi Hendrix, and many more. He passed away at the age of 82.

Remembering Jim Dunlop, 1936–2019: Founder of Dunlop Manufacturing and enormously influential innovator of picks, capos, and other guitar accessories, Jim dedicated his life to making it easier and more enjoyable for musicians to express themselves. Driven by a fearless, innovative spirit, he tirelessly sought out ways to improve and expand the options available to players around the world. Today, we remember his contribution to music history. For more of Jim’s story, click the link in bio.

Paul Raymond was English rock band UFO’s keyboardist. Raymond was an on and off member of the band during their career. In the middle of UFO’s farewell tour, Raymond suffered a heart attack and died on April 13, 2019 at the age of 73.