Journey Singers Face Off In A Vocal Battle 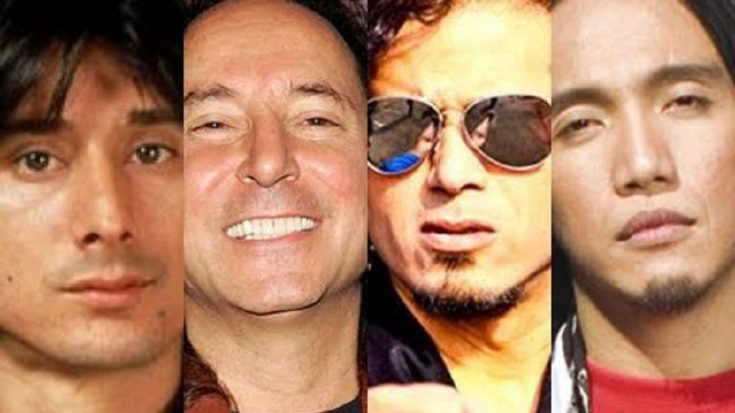 Journey has had a fair share of personnel changes in their lineup throughout the years. And theirs is the more obvious one since they’ve replaced their frontman at least four times since the start of their careers.

Including those who haven’t had an album recording, we have these six iconic Journey singers: Gregg Rolie, Steve Perry, Steve Augeri, Robert Fleischman, Jeff Scott Soto, and Arnel Pineda. Presented below is a battle among who’s the greatest vocalist of the group, as they perform the classic Journey hit, “Don’t Stop Believin’.”

Excluding Rolie who was the band’s first-ever singer as well as Fleischman whose career in Journey was only brief, we’ve narrowed down the battle into four singers naming: Perry, Augeri, Scott Soto, and Pineda. Each one of them has a unique twist on the gem, all while carrying the same old hype and magic that the song naturally provides.

It’s hard to grasp who’s the greatest of them all, given that they’re all different singers in their right. Nonetheless, the video is enough to prove that the band Journey will remain an iconic band with its lasting effect on the music industry.

Judge it amongst yourselves by taking a look at the video below.