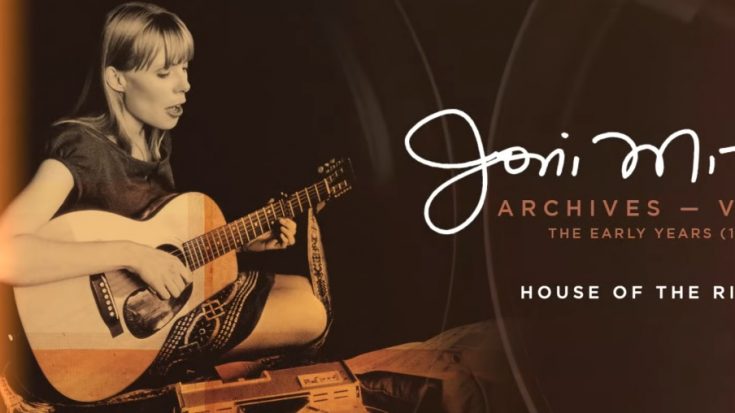 Titled Joni Mitchell Archives Vol. 1: The Early Years (1963-1967), which will be available on October 30, will feature almost six hours of rare audio, along with home demos, live performances, and early recordings.

She teased the set with a 1963 Canadian radio version of the song “House of The Rising Sun”, which was a staple of The Animals. Only 19 at the time of the performance, it was recorded by CFQC AM of her native Saskatoon, Saskatchewan.

The 5-CD and digital package details her journey up to her debut as a singer-songwriter, 1968’s Song to a Seagull. The box set features early versions of songs from the album like “Michael From Mountains,” and “I Had a King” along with songs that were part of later records like “Chelsea Morning” and “The Circle Game”.

It also contains a 40-page booklet with new liner notes and rare stills from Mitchell’s personal collection, concluding with a 1967 nightclub show at the Canterbury House in Ann Arbor, Mich.

In a statement, Mitchell said, “The early stuff, I shouldn’t be such a snob against it. A lot of these songs, I just lost them. They fell away. They only exist in these recordings. For so long I rebelled against the term: ‘I was never a folk singer.’ I would get pissed off if they put that label on me. I didn’t think it was a good description of what I was. And then I listened, and … it was beautiful. It made me forgive my beginnings. And I had this realization … I was a folk singer!“