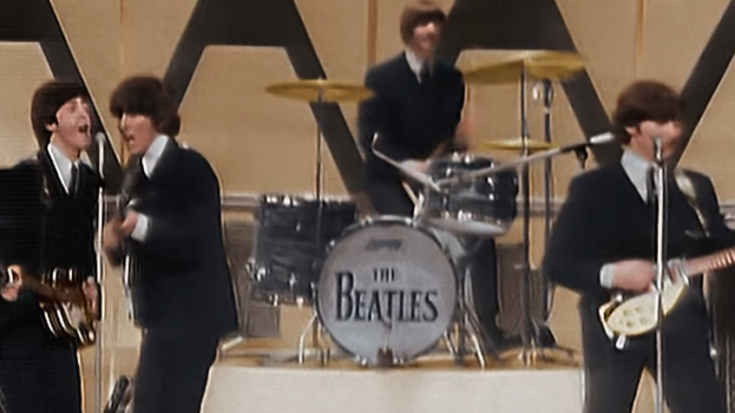 The Beatles became one of the largest phenomenons in music history, elevating the neophyte Liverpudlian lads to greater heights when they became overseas sensations. But most people overlook the fact that the band wasn’t just a pop act, but were talented songwriters as well. From multiple sources of inspiration, here are some fun facts about the Fab Four’s well-loved cuts.

The song “Savoy Truffle” was written by George Harrison to poke fun at friend Eric Clapton, who was apparently addicted to sweets, especially candy and chocolates. This led to dental issues that were referenced by the line “You’ll have to have them all pulled out after the Savoy Truffle.”

A matter of Pride

Paul McCartney wrote “Helter Skelter” after reading a Pete Townshend quote from Melody Maker that boasted on how The Who’s “I Can See For Miles” was their most uncompromisingly rowdy cuts. So McCartney made his own song that fit the bill – even without hearing The Who’s track at all.

With a little Help from Somebody Else

In the book Paul McCartney: Many Years From Now, he admits that the bassline for “I Saw Her Standing There” was lifted from a Chuck Berry song called “I’m Talking About You”. “I played exactly the same notes as he’d did and it fitted our number perfectly. Even now when I tell people about it, I find few of them believe me. Therefore I maintain that a bass riff doesn’t have to be original,” he admitted.

The song “Day Tripper” received limited airplay in Germany as the radio programmers were reluctant to air it as “tripper” meant gonorrhea in German slang.

When McCartney was 16 years old, he wrote the song “When I’m Sixty-Four” on his father’s piano. The song frequented the Beatles days at the Cavern Club, where McCartney playing it usually when an amp broke down.

Inspired by the Palate

Ringo Starr wrote “Octopus Garden” after receiving the wrong order when he was on vacation – instead of fish and chips, he got octopus. When he asked about the dish, which he apparently hasn’t eaten before – he was told of the habits of an octopus and how they tend to gather objects and shells in their caves, much like a small garden.

The Last of an Era

The music video for “Lady Madonna” was from footage from the “Hey Bulldog” sessions. It is the only clip of the Beatles recording in Abbey Road’s Studio Three, and the last time that the four members were together in a studio.

Taking a Toll on the Cords

The Please Please Me sessions were recorded live in one day, with “Twist And Shout” being the last cut in line. It was arranged as such because George Martin wanted to preserve John Lennon’s voice, who was sick that day. When it was time to do the song, Lennon’s throat was already sore, so he sucked on a few Zubes, gargled with milk, and took off his shirt before performing. The result was one of the best raspy vocal recordings of Lennon. “My voice wasn’t the same for a long time after. Every time I swallowed it was like sandpaper,” he said in 1976.

In “I am The Walrus”, the line “egg man” was a reference to Lennon’s friend, Eric Burdon of the Animals, and a sexual encounter he had with a Jamaican woman who cracked an egg on his bare stomach and licked it off afterward.

Norman Smith, the band’s sound engineer, recorded the hi-hat parts for “Can’t Buy Me Love” as the original tape for the percussion parts had a ripple on it, losing the treble parts of Starr’s performance. He recorded the missing parts without the Beatles knowing about it.