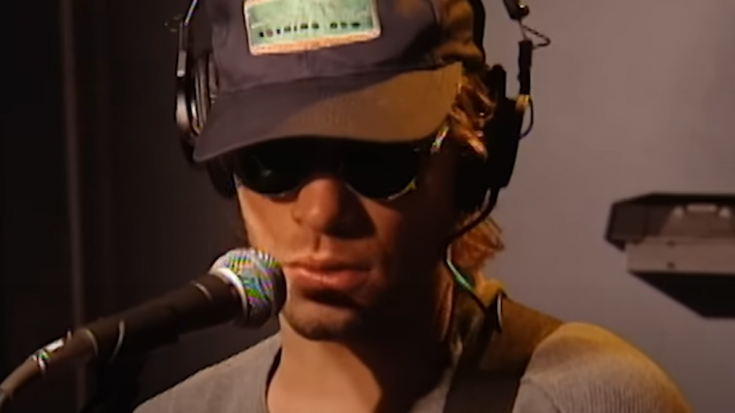 Recent reviews and interviews haven’t been effusive in their praise of Jon Bon Jovi’s singing, so perhaps it’s time to release a live video from his prime. Check out the singer’s fantastic take on his classic song, “Blaze of Glory,” in the video presented below.

The throwback gem was recently uploaded by The Howard Stern Show’s YouTube page, which Bon Jovi had visited in 1997. In the video, Stern had asked the musician if he could play his favorite song, “Blaze of Glory,” to which the latter obliged. Bon Jovi played the guitar and sang the parts as well.

Jon Bon Jovi’s first solo single, “Blaze of Glory,” was his lone No. 1 apart from his group Bon Jovi on the Billboard Hot 100 and the Mainstream rock chart in 1990.  Reportedly inspired by Emilio Estevez’s request for Bon Jovi’s “Wanted Dead or Alive” for the Young Guns II soundtrack, the power ballad was recorded because Bon Jovi did not feel the song’s lyrics.  The suggestion, however, prompted him to pen “Blaze of Glory” with lyrics more relevant to the movie. Fans of Bon Jovi still like listening to it to this day.

The performance evokes utter perfection. Admit it or not, we all adore Jon for having a phenomenal voice, and this video right here is mere proof of that.

You can watch his performance below.