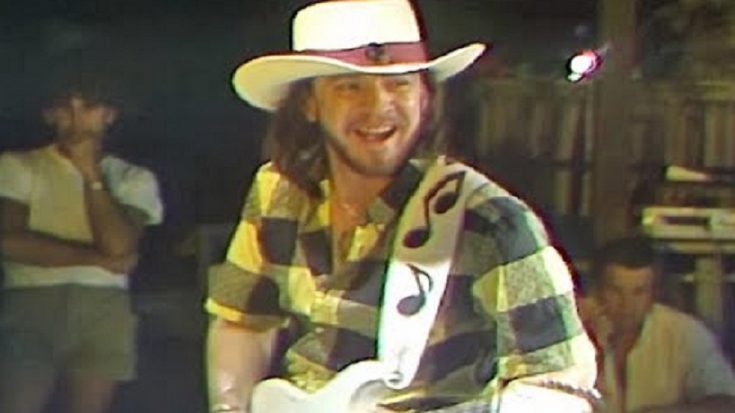 During his heyday, Stevie Ray Vaughan never failed to impress everyone with his talent. With that, it’s hard not to give credit to his skills in a video of him performing at the Umbria Jazz Festival in Perugia, Italy, on July 14, 1985.

A miracle was witnessed in Italy, around the time when Vaughan stepped foot on its grounds. Vaughan, whose popularity has only reached a national level, was now ready to move past it and explore what it would be like to be famous internationally. So, he and his band Double Trouble ventured to Western Europe to find luck on its side, and boy, were they about to get lucky there.

This wasn’t the first time that Vaughan performed in the Western continent; Double Trouble took part in Switzerland’s annual Montreux Jazz Festival in 1982, of which they were met with a booing crowd. Being newbies to this foreign country who prefers folksy, acoustic music, Vaughan’s loud, blues-rock style was met with criticism. Nevertheless, the night wasn’t a bust still, as it was around this time that legendary singer David Bowie would eventually meet the blues rocker, and would collaborate on Bowie’s album, Let’s Dance.

Facing the Italian crowd, Vaughan and the rest of the team wowed them with their hits, which are the following: “Scuttle Buttin’,” Say What!,” “Ain’t Gonna Give Up On Love,” “Mary Had a Little Lamb,” “Voodoo Child (Power of Soul lyrics)” “You’ll Be Mine,” “Tin Pan Alley,” and “Life Without You.”

The video can be seen below. Check it out.