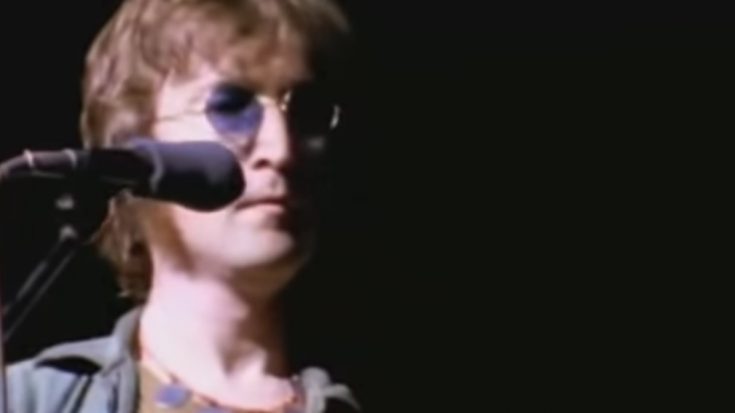 It’s quite an interesting thing that while conscious intent drives most songwriters to create some of their best works in history, those that came forth unconsciously have also been proven to be as equally potent. This has been the case for most bands and artists, the Beatles’ John Lennon included.

One great example of this is the song “Rain”, which was delegated to Ringo Starr but was perfected by Lennon. The song served as the B-side to “Paperback Writer” on the band’s 1966 album, Revolver. This was the era when the Beatles decided it was time to put down the pop star image and stay true to their creative wiles.

As everybody knows by now, the band wasn’t new to recreational substances which were done in conjunction with songwriting. Lennon was now coming from a place of deep introspection, which was paired with a relentless drive of musical experimentation. He recalls one serendipitous moment, saying that he was weary from the recording sessions and decided to play in on his tape recorder. It turned out that he unknowingly put the first backward tape on record all because he was stoned on pot.

He shared his discovery the next day and beamed with pride as he played the tape backward, attributing marijuana for the accidental flash of creativity.

But this wasn’t just Lennon’s doing, as the song also saw Starr step up from his usual backing role, saying in Paul McCartney’s Many Years From Now biography: “My favourite piece of me is what I did on ‘Rain.’ I think I just played amazing. I was into the snare and hi-hat.”

He added: “I think it was the first time I used the trick of starting a break by hitting the hi-hat first instead of going directly to a drum off the hi-hat. I think it’s the best out of all the records I’ve ever made. ‘Rain’ blows me away. It’s out in left field. I know me and I know my playing… and then there’s ‘Rain.’”