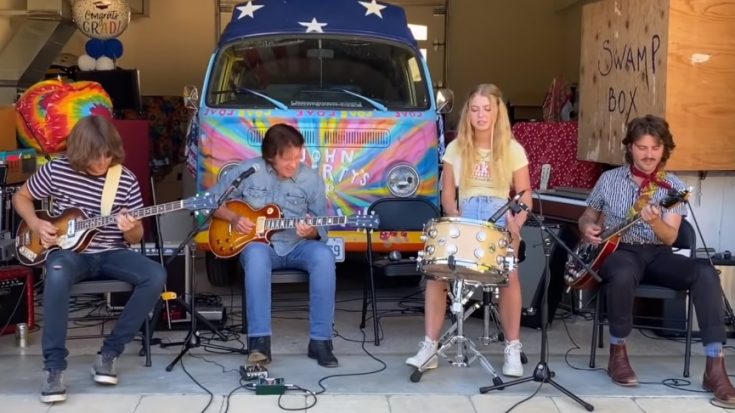 This CCR cut was originally released on Green River, which was the second of the three albums the band released in 1969. It was bookended by Bayou Country and Willie And The Poor Boys, with all three garnering US Top 10 rankings as well as multiple platinum acclaim.

Green River was issued two weeks before the band’s appearance at 1969’s Woodstock festival – which the band requested to not be included in the 1970 documentary and soundtrack album. It was only until this fall that CCR released their hour-long set at the event.

In an interview, Fogerty told Billboard, “We weren’t in the movie on purpose,” Fogerty tells Billboard. “Nobody really understood what the movie would be. The track they wanted to use was ‘Bad Moon Rising’; I just didn’t feel it was our best work. At that point in time Creedence was the No. 1 band in the world. I felt like, ‘Why go backwards?'”

“Over time there had been so many requests — probably 10 years after Woodstock, and then the 20th anniversary and so on. Maybe around the late ’80s I began to think that, historically, it is what it is. It doesn’t matter if it’s well done or not well done, it became more a fact of history. Therefore nobody was hurt by it. It was just history,” he added.