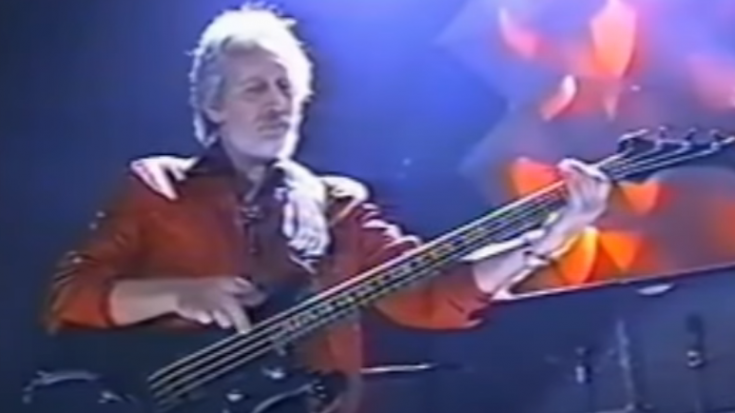 John Entwistle’s nickname “thunder fingers” suited him. The one man who made sure that the bass can be just as badass as any other instrument present, he had credit where credit is due. In this one performance of The Who for their phenomenal song “Eminence Front,” you’d better make sure to prepare yourself for some naughty bass tones.

The Who’s 1982 tour in support of their It’s Hard album was a successful venture, even so, that the band decided to release a double live album named Live In Toronto, recorded at their concluding show at the Maple Leaf Gardens in Toronto, Canada. Among the long setlist is their magnificent track called “Eminence Front,” a single from the band’s album, which to many, including Roger Daltrey, the only song that he felt worthy of its praise.

If you and Daltrey shared the same sentiments about the song, then you might want to take a look at this concert footage of The Who performing it. Pete Townshend sings to us about the excess of the rich who constantly hide the delusions of drug use. Inside the video, Daltrey sang the background vocal and also held a guitar, with Townshend singing the lead. Keith Moon was no longer present so drummer Kenney Jones held his position. A keyboardist was added to the team as well, which was good, but the true highlight of this performance was John Entwistle’s thunderous bass.

It might be easy to just hear it but with this kind of syncopated beat, the bass is hard to follow through. Entwistle made sure that even though he’s not seen in front of the cameras (most of the footage focuses on Townshend) people can still hear him. You can watch the rest of the performance below.