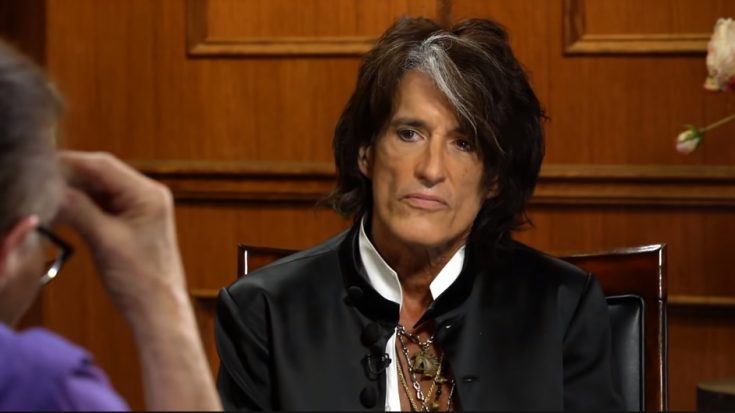 Aerosmith’s Joe Perry shared his thoughts in a recent interview with Guitar Player Magazine. This is based on the topic that rock n’ roll is dead, which has been making rounds and has been tackled by fellow artists such as KISS’ Gene Simmons.

Perry acknowledges rock’s coexistence with other genres, “Rock definitely has its place alongside pop and dance and hip-hop and country and all of that. And to me, there’s this feeling of a resurgence, or at least of finding its level again.”

He also points out the growing curiosity of the newer generation, and equally talented bands that are rising to preserve the craft.

“One thing we’re seeing is there are a lot of younger kids who want to see the real thing – the guys that played the music that they grew up listening to. And there are also a lot of talented younger bands that are coming up with good stuff.

Whether they can take it to the next level, that remains to be seen. But I don’t think there will ever be another earth-shaking event like the Beatles. I mean, there could be, but I don’t know.”

He concluded the statement with a hint of reality, but is still hopeful for the future generations. “The way I see it, it might not be like the days when rock really ruled the roost, but, you know, if 20% of the people love rock ‘n’ roll, 20% of the people now might mean 20 times as many people as it did 50 years ago, because there’s just that many more people in the world. And hell, half the good rock ‘n’ roll I hear these days is in TV commercials! So it’s amazing to me how much the music has become part of the mainstream.”

Perry also discusses Aerosmith’s recent success and staying relevant in the scene, with a peek at their inner dynamics. “Just the natural way that we play together. I listen to what Brad’s playing, and he listens to what I’m playing, and then we just try and mix it up, right down to — especially in the earlier days — saying, “Who’s gonna play the Strat? Who’s gonna play the Les Paul?” That kind of thing.

And when we come up with new riffs and new songs, we each come at it from different angles, and then we settle into our thing. I’ve always felt like we have two lead players and two different flavors in this band, and that’s really important.”