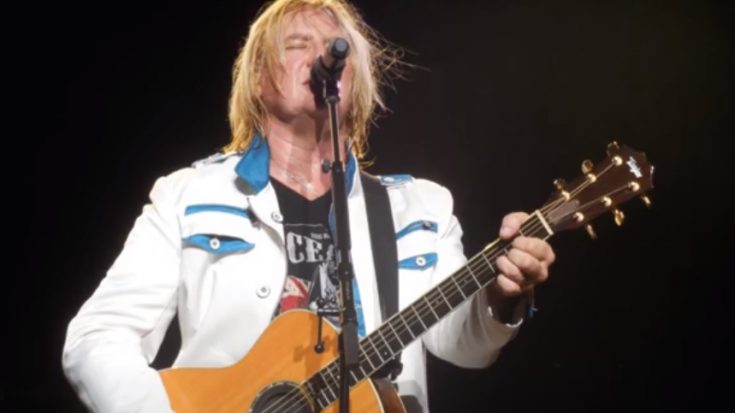 The Def Leppard frontman looks back at the time when he fell ill in 2016, working for five months to regain his singing voice.

Joe Elliot shared that he already began experiencing difficulties in the previous year but didn’t pay heed and entrusted it to be resolved with time. This didn’t work well for him and the band, however, as he had to participate in the Hysteria on the High Seas cruise without singing, leading to the cancellation of future dates.

Band guitarist Vivian Campbell noted that if Elliot hadn’t been stopped, he would’ve suffered from irreparable vocal cord damage. In an interview with Express, Elliot said, “We did one of those rock cruises, and I had to pull out. I introduced the band and then watched from the side.” He said that watching the other singers stand in for him as he observed was the weirdest thing he ever saw.

“I took a five-day break thinking, ’This has always sorted me out in the past.’ It didn’t and we had to cancel a tour. … I had to take five months of working every single day for an hour or two with my vocal coach, who’s also a shrink in many respects,” he added.

Elliot thanked his coach for being instrumental in helping him solve his issues but noted that the process took a long time to do. His coach also did the opposite of what he was supposed to be doing, teaching Elliot how not to use his voice.

As things began to do better for him, Elliot was left with a warning. “When I got pneumonia and I got the hundred-day cough, it totally destroyed my vocal cords, to the point where my throat doctor said to me, ‘If you weren’t you, I’d tell you to retire because this is never going to get better.’”