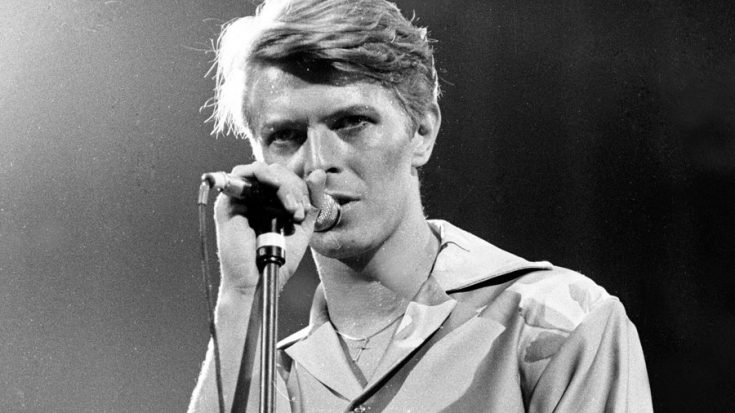 What would rock become if it weren’t for the legends Jimmy Page and David Bowie? Their names have been etched deep in the annals of rock that it’s not easy to define music without mentioning their names. And to have the chance to listen to this one song that both have collaborated should mark beyond our expectations.

The two go all the way back from the ’65. Page is a fresh graduate from art school, and the Led Zeppelin phenomenon is still far from his grasp when he crossed paths with Davy Jones, charismatic frontman of The Manish Boys, an up-and-coming R&B band back in the 60s. Jones had not yet renamed himself Bowie at this point, so this moment was pretty much the starting years of their music career.

The Manish Boys went to great lengths just to be out there. Competition is tough, so they decided to hire a session musician for a day in the studio to give their version of this Bobby Bland track called “I Pity the Fool” more boost. And that’s how Page eventually entered the scene.

Page, at this point, is becoming a renowned session musician in town, having worked with many famous artists like the Rolling Stones, The Who, and The Beatles. Such opportunity dazzled the teenage Bowie, as he recalled how Jimmy blew him away during this time: “When I was a baby, I did a rock session with one of the millions of bands that I had in the ’60s, and the session guitar player was this young kid who’d just come out of art school and was already a top session man, Jimmy Page.”

While the two only collaborated on this one song, having the chance to have them in the same record room is frantically perfect. And while the two entered such different paths afterward, we’ll know for sure that this piece of information would excite the nerves of every rock music fan in the world.

Listen to “I Pity The Fool” below.