Clapton, Beck, and Page: Your Top 3 Guitarist In One ‘Layla’ Performance 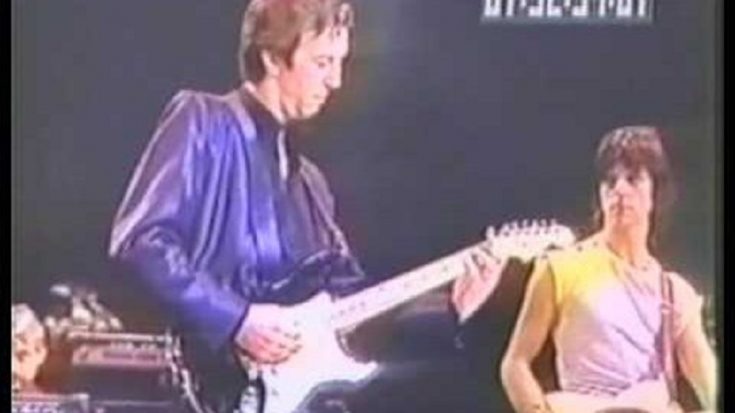 It’s always great to see rock musicians on-stage and jamming to a classic song; that’s what every fan desires. Especially if it involves three of the greatest guitarists in the rock scene: Eric Clapton, Jeff Beck, and Jimmy Page.

Back in 1983, was the historical Action into Research for Multiple Sclerosis (ARMS) Charity Concert put up by ex-bassist Ronnie Lane from Small Faces/Faces, who himself is a victim of the condition. It was a series of shows to help raise funds for its research, and it all started back on September 20, 1983, at the Royal Albert Hall in London.

While the ARMS concert had its own sold-out shows in the US, the most impressive one when it comes to musical guests and performances would be given to where it all started. The Royal Albert Hall saw a performance so iconic that it will never be forgotten for how great it was when it happened.

“Layla,” written by Clapton and Jim Gordon for Derek and The Dominos was the highlight of the show, as it featured an all-star band with the three guitarists, along with Rolling Stones’ Bill Wyman, Ronnie Wood, and Charlie Watts, as well as Chris Stainton, Kenney Jones, Ray Cooper, Andy Fairweather-Low, and Paul Rodgers. Everyone seemed to have enjoyed the ambiance of the song, since most of the time, the musicians were smiling as they were performing.

Check it out below.