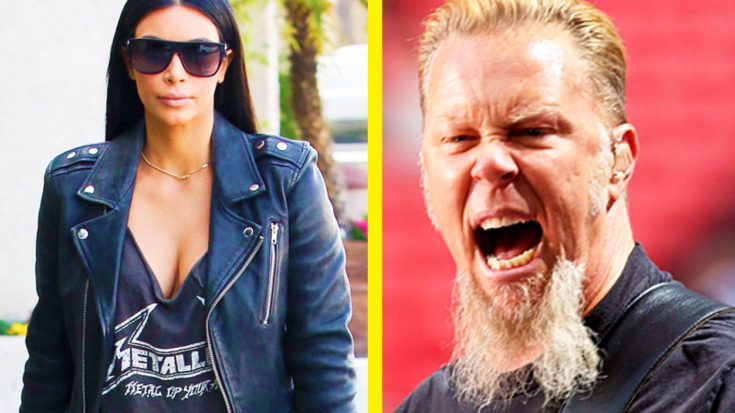 In their history, Metallica have become a household name. They’ve gone from being more than the most popular metal band in history. It seems like every music lover has some respect for them, and their brand has extended across multiple generations.

One way people exemplify their love for Metallica, is by wearing their t-shirts. As the band’s legacy has grown, wearing a Metallica shirt has also become more than a sign that one loves the band. The shirt has become associated with more of an edgy look in the fashion world, and the younger crowd has seemed to latch on to that concept. Numerous celebrities have been sporting these t-shirts, and in this video, Metallica frontman James Hetfield finally gives his take on what he thinks about the movement.

The video shows James reacting to pictures of celebrities like Avril Lavigne, Mary-Kate Olsen, Ryan Gosling and Kim Kardashian wearing the t-shirts. James jokes around about each celebrity, but his funniest reaction comes when he sees the picture of Kim Kardashian. James asks if it’s a picture of “Kanye West in drag!”

The video is pretty hilarious, and it’s always great to hear someone poke fun at Kim Kardashian. I think the next video should be James interviewing Kim, and asking her about what her favorite Metallica songs are so we can see how much of a fake fan she actually is!

Check out the video down below!