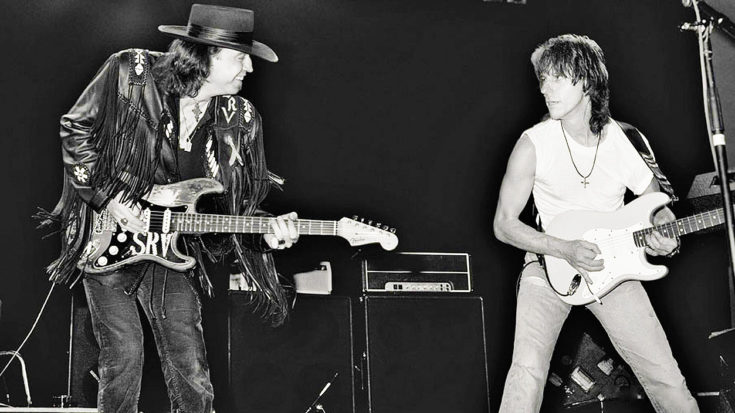 Stevie Ray Vaughan and Jeff Beck were both masters of the guitar. They could both shred, and have gone down as two of the best of all time! One thing that separates them from the rest, is their ability to span and adapt to a wide variety of genres. From southern rock, to hard rock, to blues, these two could do it all!

Back in 1984, the two hit the stage together in Honolulu for an epic blues-filled duet! The lost footage from this performance has finally been dug up, and it’s better than anyone could have anticipated. Beck and Vaughan trade off solos over a classic blues beat. It’s pretty difficult for us to determine a winner, so we’ll leave that to you guys! Who do you think stood out the most in this shred-off?

Check out the video down below for yourself, and let us know what you think!