Is This Jimi Hendrix Reincarnated? Sounds and Plays Exactly Like Him It’s Scary 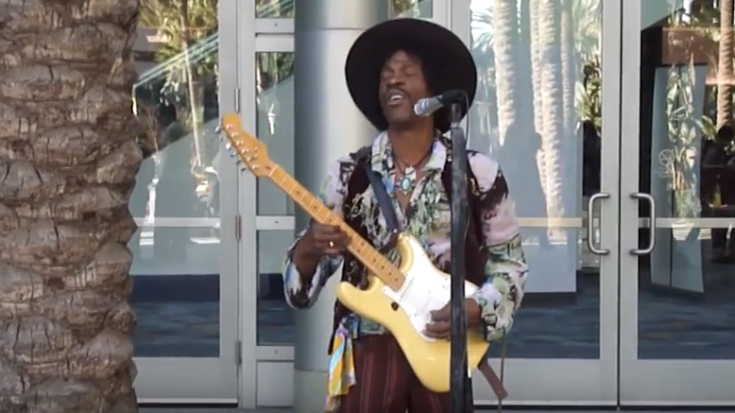 There have been many Jimi Hendrix impersonators in the past but it seems like you can find the best ones on the street. Take this guy for example, he’s totally nailing it and while there could be improvements in both the guitar work and vocals, we still find this entertaining.

Besides, you don’t always get to see the rock god playing “All Along The Watchtower” in front of you!

“I liked Jimi Hendrix’s record of this and ever since he died I’ve been doing it that way… Strange how when I sing it, I always feel it’s a tribute to him in some kind of way.” – Bob Dylan on Jimi Hendrix’s version

It’s one of Jimi Hendrix’s most popular songs and we know nothing could ever come close to his greatness. But it’s nice when people pay homage to the legend not just by singing his tracks but also by impersonating him. It makes us miss him more too!