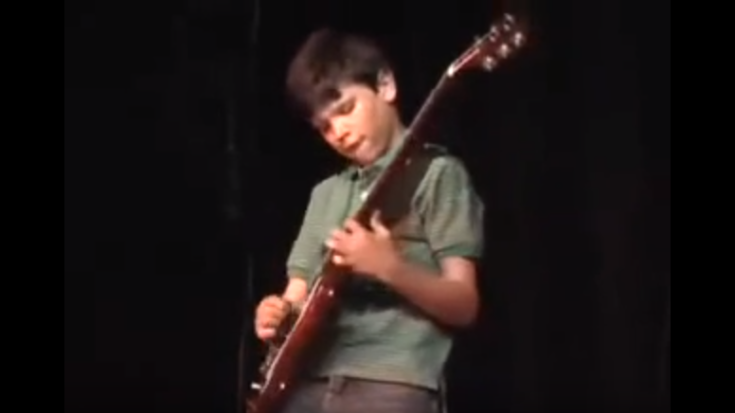 Don’t you just love watching kids play classic rock songs? It’s one of the most effective ways of keeping music alive – when the younger generation can appreciate the oldies. And well, this 12-year old kid totally nailed it and we love his take on Lynyrd Skynyrd’s signature song.

“For years Skynyrd has always closed the show with that song and the song has different meanings for different people. This kid was telling me that they used it for their graduation song and not too long ago somebody told me that they used it at a funeral. And really it’s a love song, its one of the few that Lynyrd Skynyrd’s ever had. It’s about a guy and a girl. Of course at the end it was dedicated to Duane Allman from the band Allman Brothers because it goes into the guitar part. If you can get through that one you’ve had a good night at a Skynyrd show.” – Johnny Van Zant

Aside from his impressive guitar playing, we like how he’s totally feeling the music. Nothing beats that!