In 1 Sentence, Christine McVie May Have Just Confirmed What We Already Knew About Stevie And Lindsey 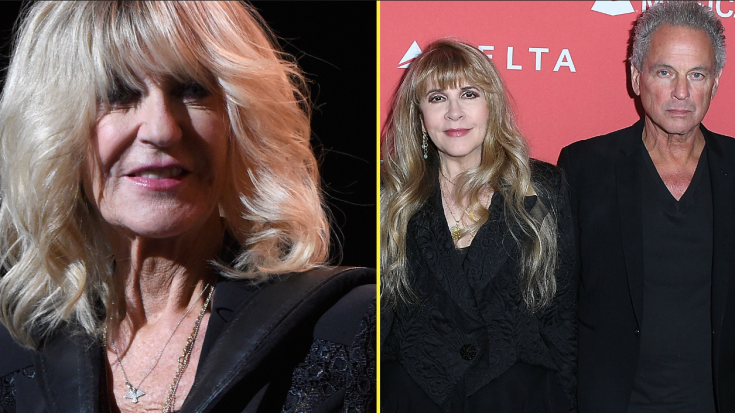 That’s all it took for Christine McVie to renew hope in the hearts of Fleetwood Mac fans hoping to see Lindsey Buckingham return to the band. As we reported earlier this year, Buckingham was unceremoniously bounced from the band he’d spent the better part of 43 years in, the result of Stevie Nicks issuing an ultimatum that either he leave the band or she would. Buckingham sued Fleetwood Mac shortly thereafter, citing “breach of fiduciary duty, breach of oral contract and intentional interference with prospective economic advantage” as the basis of his complaint.

It was announced earlier this week that he and Fleetwood Mac managed to reach a settlement, but not before Buckingham called the newest incarnation of the band “a cover band kind of deal” and revealed that to date, he hasn’t been in contact with anyone from Fleetwood Mac – except Christine McVie.

According to Buckingham, McVie recently reached out to him via email and, in an attempt to begin the process of mending fences, assured her old friend that she had “nothing to do” with the decision to fire him from Fleetwood Mac and wanted him to know that she missed him “so much”.

Interestingly enough, McVie also revealed in her email her honest thoughts on where Stevie Nicks’ head is in all of this, offering up the kind of hopeful opinion that only comes with having known someone for a lifetime.

“She wrote me an email and basically said, ‘Dearest Lindsey, just know that I had nothing to do with any of this. Know that I miss you so much.’ She said, ‘I believe deep in Stevie’s heart that she would like you to come home,'” shared Buckingham.

Honestly, it wouldn’t surprise anyone if that is, in fact, the case.

Stevie and Lindsey have been in each other’s orbit for over half a century, and their relationship has survived breakups, fights, mega-stardom, marriage and children. Sure, they don’t always get along (and honestly, what former couple does?), but they’ve always managed to find their way back to each other.

It’s not hard to imagine Stevie making her “him or me” ultimatum in the heat of the moment and then feeling like it was too late to take it all back, and even easier to imagine that she never saw herself finishing out the rest of her career with Fleetwood Mac without Lindsey on stage with her.

While it doesn’t look like we’ll see Lindsey back with Fleetwood Mac any time soon, there’s hope that Stevie really, truly does want him to come home (to the band, that is) and hopefully, they’ll be able to mend fences and make it happen – before it’s well and truly too late.