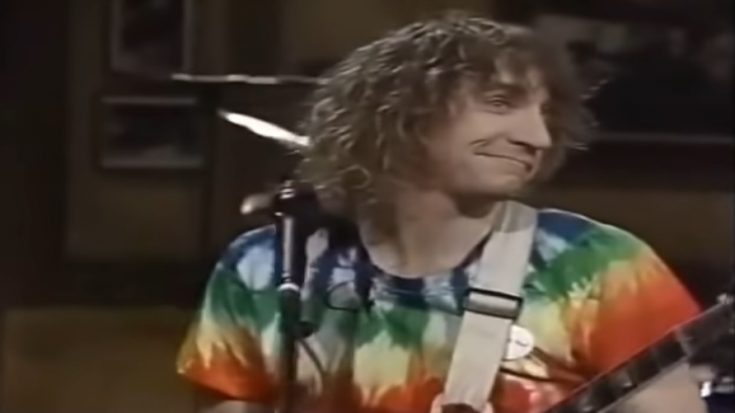 Even though it was his lifelong dream, Joe Walsh found performing in front of a large audience to be a terrifying experience. With his anxiety and fear bothering, he still wanted to do what he’s meant to do – but it meant him depending on drugs and alcohol to forget the shivers.

Before going on stage in front of a large crowd, Walsh found that a few drinks helped him relax and feel more confident. After downing a few beers, he was able to play guitar without being crippled by fear. The lead singer and guitarist for The Eagles developed a serious alcoholism and drug addiction over time. He called the combination of cocaine and vodka his “higher power,” which gave him energy and confidence he needed to get by performing.

Speaking with Sammy Hagar inside the latter’s famous show, “Rock and Roll With Sammy Hagar,” the Eagles guitarist opened up about his previous life and some tips on how to remain sober.

“If you have problems in your life that are directly the result of alcohol or whatever substance you are doing, you have a problem, and at some point, you work for it. It doesn’t work for you anymore and very subtly without you noticing, whatever you’re on will convince you that you can’t do anything without it,” Walsh said.

He further added: “Then, it’s got you, and I chased it for 30 years. It wasn’t working for me, and I thought obviously I’m not drinking nearly enough, and that wasn’t it. I needed help, and the hardest thing to do, the phone can weigh 30 pounds. Pick up that phone and ask for help because there’s life after addiction, and it’s good.”

Coming from someone who needed help himself, Walsh’s message truly has a weight on its own. Learn to seek help and remember that even if you’d stumbled in life, it’s not always the end for you.