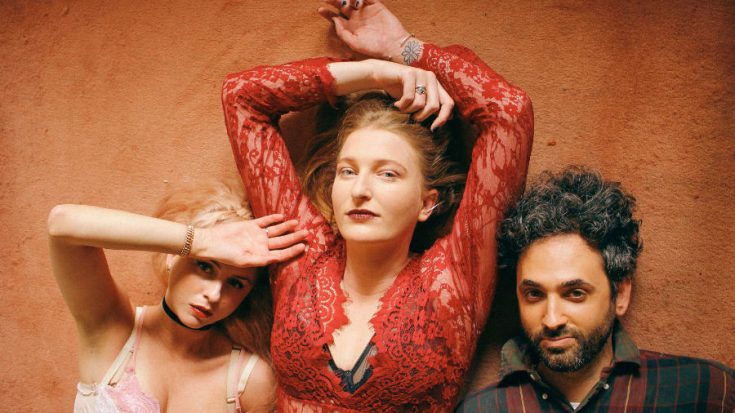 Julia Why? - Photo by Nina Tempone

The songwriting process for most artists is surprisingly linear, especially in modern times. To come across an artist with deep-rooted, profound inspiration for songwriting is a delight for puritans. Australian indie band Julia Why? is one such artist. The story of how the band’s new single came about is none short of peculiar.

Julia Why?’s new single is a conclusion of frontwoman Julia Wylie’s bout of mental health struggles. These struggles, however, were triggered by an unexpected sponsor. Wylie attributed the conception of the song to the death of the music industry’s most eccentric star, David Bowie. Aptly titled “Starman“, Wylie recounts the series of hallucinations leading to a manic episode, that eventually led to her hospitalization. Wylie was later diagnosed with bipolar disorder upon further examination.

Julia recounts her experience further, “I was “coming down” from a manic episode where I’d been elated 24/7, my body didn’t need to sleep, I felt empowered and emboldened and hyper connected to everything in this world and outside of it. This song is kind of mourning that feeling of euphoria I’d had for so long. Being this manic was dangerous but it also felt very free.”

“When I came back down to reality, I didn’t really want to be there but knew I had to be if I wanted to keep living. I’d burnt myself out and didn’t know if anything of myself remained. I needed comfort and hope that it would be ok,” Wylie continues.

Moreover, Wylie heavily credits David Bowie for providing the wavelength for her to ride on, and his massive influence over her interests of the cosmic brilliance. “I remember I was reading this book on ancient feminist mythologies and listening to Blackstar. The first few cryptic verses of that song seemed to coincide with and describe what I was reading about in the book. It felt like the pieces of the puzzle were floating up from the page and fitting together in front of me.”

“When he died, that album became my mantra. It jolted me into living the absolute shit out of life. I still think it’s a masterpiece. It brings together his lifelong obsession with the stars and the occult and the interconnectedness of everything,” Wylie emphasizes.

Julia Wylie’s concern for the present state of mental health issues is also tackled, that the media isn’t helping and instead worsening the stigma of mental health. She hopes Julia Why?’s material helps in spreading the mental health advocacy. David Bowie, who was afflicted as well, helped raise public awareness, especially towards celebrities. The Original Starman would be proud knowing his legacy is well kept.