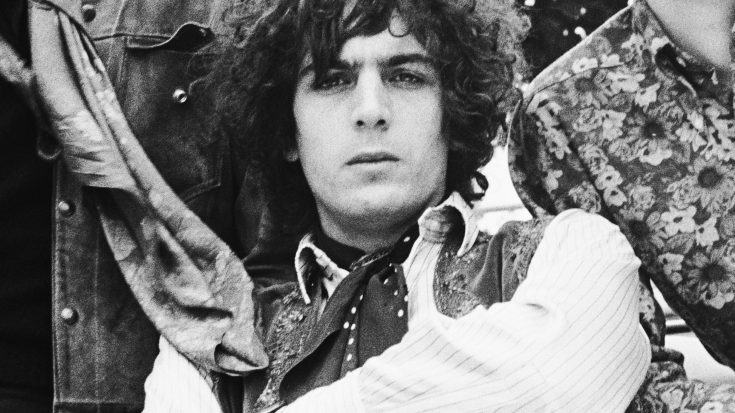 Losing a member is probably one of the worst things that could happen to any band. A shortage of manpower means the creative process is stifled. Personal relationships are broken, taking a toll on the remaining member’s mental health. More so, fan sentimentality adds to the pressures of what next steps should be taken. Original Pink Floyd vocalist Syd Barrett was the subject of such circumstance, and a painful one at that. His miserable spiral down to drug abuse and failing mental health forced his bandmates to remove him from the band. Barrett must have had it the hardest during the time, feeling ostracized and abandoned.

But before Syd Barrett’s eventual departure from Pink Floyd in 1968, he made what is considered to be his parting gift for the band, albeit the biting sarcasm of the piece. “Jugband Blues” was Barrett’s final composition for Pink Floyd, a somber, dreadful message for the band, and his own swan song, welcoming his inevitable departure.

“It’s awfully considerate of you to think of me here
and i’m much obliged to you for making it clear that i’m not here.“

is Barrett’s message to the band for giving him a role to play prior to his expulsion, and the addition of guitarist David Gilmour didn’t help much in alienating Barrett. The video and music is the representation of Barrett’s drug of choice, psychedelics, as well as the current state of his mind. Syd Barrett contrasted his creative energy with the internal turmoil within himself and the band. The part,

might have been Syd’s perspective of the situation as a sacrificial moment, and he was the sacrifice, for the greater good of the band. Barrett dismissed this however, not a care for any of the band’s future accomplishments, and that he didn’t want any of it, with a stern rebuke:

Thereafter, the track plunges into a sort of fanfare, with Barrett’s genius employment of a Salvation Army band to play the part. As soon as the honky-tonk calms down, it is followed by a chaotic breakdown of the Salvation Army band, bringing the discord of Barrett’s being into the track. The track concludes with a melancholic acoustic melody by Barrett himself, with a dead man’s stare peering through the screen. The farewell lyric is Barrett’s awareness of his worsening condition taking effect, being the torn between the harshness of reality and the psychedelic world he plunges into with frequency.

Barrett’s genius shows through this final ode, with a sense of bitterness, acceptance, and his slipping grasp of the world around him. Syd Barrett will eternally be considered as one of rock’s greatest tragedies, and is sorely missed. Yet after all these years, he is immortalized through his brief, yet meaningful impact in his musical contributions. Check out the “Jugband Blues” video below to experience Barrett’s despair firsthand. Shine on, You crazy Diamond!