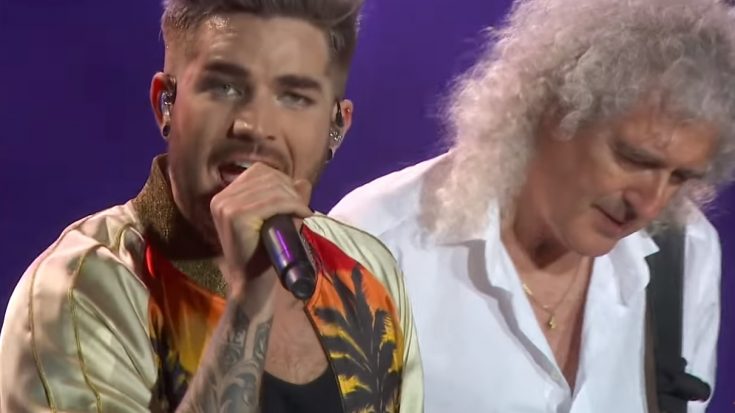 While Queen ended all major commitments after frontman Freddie Mercury died in 1991, the members, especially Brian May and Roger Taylor didn’t want to stop making music and performing live. The band collaborated with various singers for tribute concerts, including Yes/Bad Company’s Paul Rodgers, but failed to find chemistry to work with. It took them almost two decades to find a fitting frontman that carried the energy and charisma of the band, but a whole new character from the enigmatic Mercury.

Brian May says they found a prospect by 2009, in the form of idol show contestant Adam Lambert. In an interview with Louder Sound, May said, “By 2009 we were well into the age of dominance of social media – but also of ‘Idol’ type TV talent shows. I suddenly started getting messages saying: ‘There is this incredible guy on American Idol who has sung one of your songs in the competition, and looks like he may win the whole season.'”

So May headed to the then-young streaming platform, Youtube, where he found the clip of Adam Lambert singing “Bohemian Rhapsody”, his mind blown by the sheer talent of the young singer. “And into my inbox came a deluge of people saying, “You must get together with this guy; he is the natural successor to Freddie; he is the guy you should be touring with,” May said. He was invited to perform on American Idol, along with Roger Taylor, where they did a number with two finalists, where one was Lambert. They immediately took a liking to Lambert, sensing the chemistry between them. But things had to be postponed as Lambert had prior commitments to fulfill.

By late 2011, Queen and Adam Lambert were slated to do the same awards show in Belfast, so they communicated to join hands in the performance. “So we did a couple of days of rehearsal and then, totally live (as we always are), on British TV we played The Show Must Go On, We Will Rock You and We Are The Champions,” May shared. “The response was stupendous. It was pretty much unanimously “this works”. So immediately we started thinking, “let’s try some gigs, just to see what happens.”

Adam Lambert played his first full-length show with the band on June 30, 2012, starting the longstanding relationship of the singer and the band as one unit. “The thing snowballed very quickly, and we started a long and very fruitful association with Adam in which he has become one of us, part of our family. He’s never attempted to be Freddie, and I think that’s what endears him to the fans, apart from the fact that he is an extraordinary singer with an extraordinary presence,” May said.