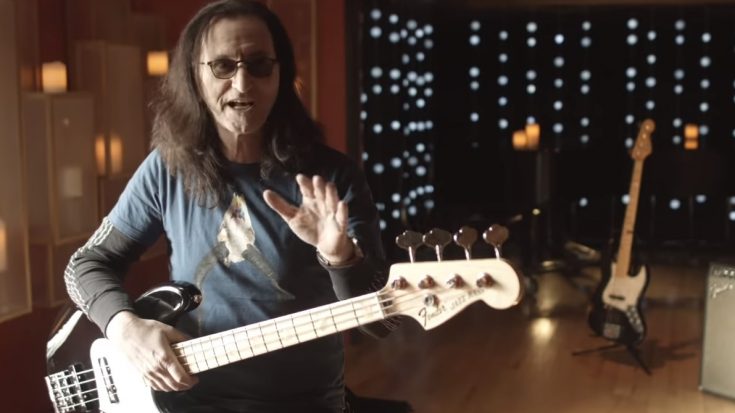 Rush’s Geddy Lee is known to be bass god not only in the prog-rock scene, but the entire music industry as well. His mastery over the instrument has earned the acclaim of many an artist and instrumentalists over the years. Being a bass head, he recently published his book, the Big Beautiful Book Of Bass, which is a collection of basses from his personal trove, along with a retelling of the instrument’s history. With that being said, here are some of Geddy Lee’s favorite bass songs.

“Seriously? A Pop song with bass solos? John “The Ox” Entwistle was arguably the greatest rock bassist of them all, daring to take the role and sound of the bass guitar and push it out of the murky depths while strutting those amazing chops with his own kind of “Twang!” The Ox’s playing was bold and incredibly dexterous. That right hand … Seriously?” Lee opines.

Geddy Lee takes notice of John Paul Jones’ work in Led Zeppelin II. “There are so many songs I could choose from Zep that feature profound but understated bass playing, but this one is my fave. The way John Paul Jones changes gear, holds down the heavy bottom and adds terrific melody throughout the song. He is such a fluid player and all-round musical talent,” Lee says.

The blues trio had a lot of impact on the budding Geddy Lee, saying, “This is a classic and hugely influential rock/blues jam. Having seen Jack Bruce roam wildly up and down the neck of his Gibson EB3 in concert, I can testify that it not only made me want to play bass but play bass in a rock trio. And the other two guys in Cream weren’t so bad either.”

“Another hit song driven by an outrageously complex and rockin’ bass line. I could have chosen any one of a dozen Yes songs that shows off the melodic and rhythmic genius that was Chris Squire. It was a pure privilege to play this song with Yes in 2017 at their (long overdue) induction into the Rock and Roll Hall of Fame,” said Lee on Chris Squire’s masterpiece.

Geddy Lee is all praises for Jaco Pastorius’ genius in Teen Town, saying, “Sadly, many of the bass heroes on this very short list are no longer with us. But no matter how short the list, Jaco Pastorius’ name would have to be on it. Written by Jaco during his time with Weather Report for the iconic Heavy Weather album, “Teen Town” has everything that Jaco’s genius stood for: profound complexity, incredible melodic structure, and terrific groove. Watching him perform this live was truly an inspiring experience and one I shall never forget.”