History Of AC/DC’s Line Up Changes 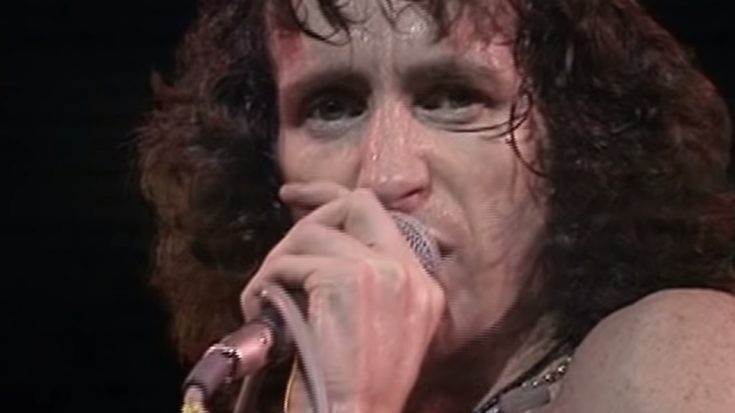 The reason behind AC/DC’s success is the collective effort behind the songwriting and delivery of the rock act’s material. Their consistent musical output is no surprise given the solid bond between the members, but there have been times that the Aussie outfit’s lineup had a revision or two. Let us revisit some of the changes in AC/DC’s personnel department throughout the years.

The Young brothers formed the band in November of 1973, getting help from bassist Larry Van Kriedt, Colin Burgess on the drums, and lead singer Dave Evans to complete the lineup. This was the first legitimate run of AC/DC, along with some switches in the lineup before actually getting to a fixed state by the time this “break-in” period was over.

Dave Evans was eventually replaced by the iconic Bon Scott come 1974, whose vocals fit the band better than their former singer. Scott helped pen the band’s debut album High Voltage, along with the follow-up, T.N.T. These albums were only supposed to be released in Australia and New Zealand, but they made enough waves to be noticed by Atlantic Records, which then yielded the High Voltage compilation. 1976’s Dirty Deeds Done Cheap and 1977’s Let There Be Rock soon made the band’s presence known worldwide.

Bassist Mark Evans was booted from the band due to creative differences, so Cliff Williams was brought in to fill the gap. This was the first “solid” lineup of the band, with Bon Scott’s vocals and Angus Young’s guitar being the centerpiece of their sound. Sadly, Scott died in 1980, leaving a gaping void in the lineup and the band contemplating on what to do next.

With the band deciding to soldier on, their prospect Brian Johnson was brought in to take Scott’s place. The selection was actually by way of Scott’s preemptive “choosing”, as he was a fan of Johnson’s work with the British band, Geordie. AC/DC rose from the rut with the epic Back In Black, which also served as a tribute for the late Bon Scott. Johnson held up pretty well, delivering with the same fervor expected from the major rock act.

Unbeknownst to many, Malcolm Young and Phil Rudd have been caught in a heated situation for a considerable amount of time now, which led to the drummer being replaced by the 19-year old Simon Wright. This wasn’t really the best time for Wright to join in though, as the band frequently dove into periods of inactivity, along with underperforming releases like Fly On The Wall and Who Made Who. AC/DC returned to full stride with 1988’s Blow Up Your Video, while Wright parted ways with the band to join Dio.

Malcolm Young couldn’t join the band for the supporting tour of Blow Up Your Video, so they enlisted the help of the Young brothers’ nephew, Stevie Young. Little did they know that Stevie would be joining the band with more frequency as Malcolm’s health took a toll on his career.

With Wright exiting the band, session drummer Chris Slade took his place on the throne. Malcolm was then-undergoing rehab, while Johnson was in the middle of divorce proceedings, crippling the sessions for The Razor’s Edge. But as soon as they got out of their predicaments, the band strode out like nothing ever happened, slaying with the aforementioned album’s release.

AC/DC entered a slow-down phase in this era, and also saw the return of Phil Rudd on the kit. Three albums were released in this period, 1995’s Ballbreaker, 2000’s Stiff Upper Lip, and 2008’s Black Ice. Malcolm Young soon exited the band in 2014, missing the Rock Or Bust sessions entirely. Stevie Young once again assumed the place of Malcolm to let the band continue its touring activities.


Phil Rudd was out of the band again due to some legal issues, after being put on trial for drug possession and threatening to kill. Chris Slade was brought back into the fray to do the drumming for 2015’s Rock Or Bust Tour.


Brian Johnson had to pull out from the current Rock Or Bust schedule due to the risk of permanent hearing loss as ordered by his doctors, so AC/DC turned to GNR’s Axl Rose to have him lend his vocal abilities to the band. Just recently though, news of the band getting back into the studio with Brian Johnson and Phil Rudd back in the lineup means the reformation of the classic Johnson-centered array, with the participation of Stevie Young as a permanent member of the band.