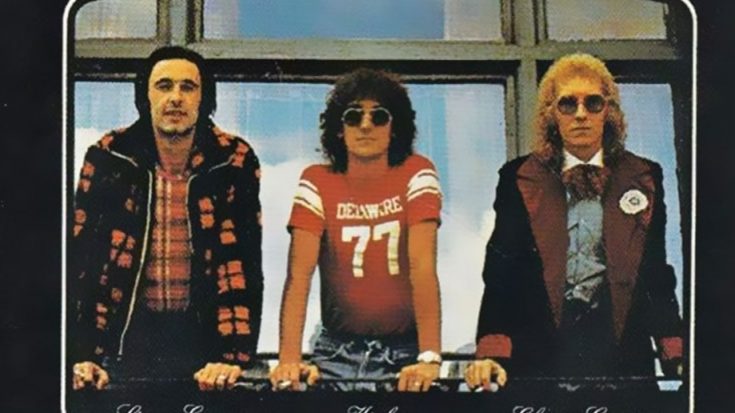 Some of the "fake" Fleetwood Mac's members - Pleasekillme.com

Being one of the most controversial bands in rock history, Fleetwood Mac has seen its fair share of debacles and trouble throughout the band’s extensive run in the industry. One of the most unforgettable issues that the band underwent was when the band was branded as “fake” come 1974.

Fleetwood Mac’s “authentic” lineup would probably be the one that had Peter Green, Danny Kirwan, Jeremy Spencer, John McVie, and Mick Fleetwood and managed by Clifford Davis, for purists, at the very least. But things took a turn when Green left the band in 1970, followed by Spencer the following year in the middle of a tour, so the band brought in Bob Welch and Christine McVie to join them. Mick Fleetwood said the period was a challenging one for the band but doesn’t discount how it became a major turning point for their jazz influences to be taken to greater heights as well.

Then, Kirwan was eventually fired due to his unstable behavior, and there was a shift in the band’s fanbase away from the UK, which didn’t bode well with their current predicament. After another overhaul and the members wanting to take a respite from making music, Davis decided to do a bold move and assembled a crew of musicians to take on Fleetwood Mac’s mantle and name. This lineup was comprised of Elmer Gantry (aka Dave Todd), Kirby Gregory, Paul Martinez, John “Dave/David” Wilkinson, and Craig Collinge. Davis immediately booked this “new” Fleetwood Mac for a US stint for January-February shows.

Before assembling the lineup, however, Davis informed the then-current Fleetwood Mac lineup of the new tour but was turned down as all of them weren’t ready to come back yet. It is also speculated that Davis enticed the new members by saying that Mick Fleetwood and Christine McVie would join the band on the road as well. The band had its first run on January 16, 1974, where promoter Rich Engler blocked the band from performing after realizing that they weren’t the real deal. After a scuffle between him and Davis, Engler allowed the band to perform, to which the audience initially took positively, but as time went on, some members of the crowd realized that they weren’t the Fleetwood Mac that they knew. Complaints about refunds soon shot up, which Davis protested against but Engler provided anyway.

Their next show crucified the band’s name even further, as the band was left to do an instrumental number to conclude the evening, as Gantry lost his voice on the show. News of the fake lineup was soon circulating the papers and other media, and soon reached the ears of the original members, who filed lawsuit after lawsuit to stop the activity of the band, to which Davis responded by countersuing them, saying that he owned the band’s name and had copyright on the band’s previous materials, reasoning out that he had the right on who could play those songs live. Mick Fleetwood shared his thoughts regarding the situation, saying that it was  “the last thing we needed. It was also the most preposterous thing we’d ever heard and the greatest betrayal from one of our own that we could have imagined.”

This period was one of the most devastating moments for the band, as the legal battles wore them down. But eventually, Fleetwood Mac rose from the ashes, first penning the Heroes Are Hard To Find album, then booking a 44-date US tour that spanned the rest of the year.