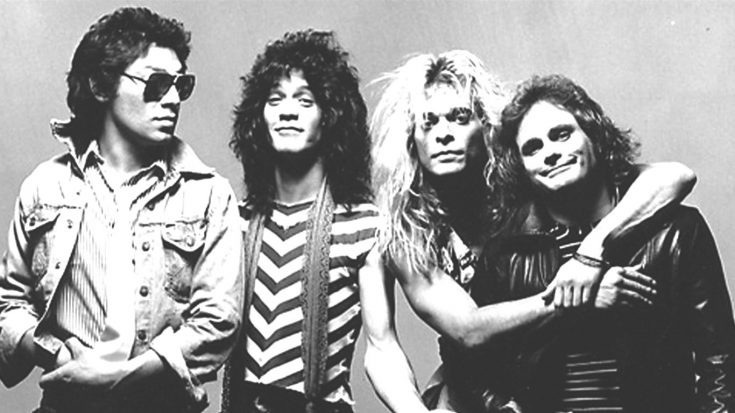 Van Halen is probably up the ranks of the most interesting rock bands of all time. Hailing from Pasadena, California, the band ruled the airwaves by bringing back hard rock’s former glory to the music scene. Bystanders might recognize the band due to their electrifying lead guitarist Eddie Van Halen, and nobody can blame them. After several name changes, they settled with Van Halen. It exuded of power like the name Santana, according to David Lee Roth. While vocalist swaps weren’t unusual for the band, here are some Van Halen facts that you probably weren’t aware of.

On This Day In 1978, The Van Halen Album Was Released! I used a Shure 57 microphone and my famous stock 100 watt Marshall through my variac down to 89 volts and a 4×12 slant cabinet to record the whole record. #vanhalen #music #musician #rock #rockmusic #classicrock #guitar #guitars #guitarplayer #musicgear #songs

Gene Simmons once saw Van Halen perform at a club in 1977, and was impressed with the band. He helped them by producing a demo tape to endorse them to his label. He flew them to New York and bought them new clothes for the stint. Simmons even wanted to change the band name to Daddy Long Legs, but the band dissented. Simmons took the demo tape to KISS’ management, but was rejected because “they had no chance of making it.”

While Eddie Van Halen is considered as one of history’s most famous guitarists, and a good one at that, there was a time when Eddie did things differently. Eddie originally played drums, while his brother Alex was on guitars. When Eddie was out to make a living, Alex often sneaked on his kit to play it. Once day, Eddie went home and found Alex on the drums, and out of frustration, he told Alex to switch instruments since he couldn’t care less.

Gary Cherone of Extreme once subbed as Van Halen’s vocalist

Glam metal band Extreme’s Gary Cherone was hired into Van Halen when former vocalist Sammy Hagar was fired. After an album, the record label said they only wanted either Roth or Hagar on the vocals, so Cherone was booted from the band.

While David Lee Roth continues to be Van Halen’s frontman after Hagar’s departure, he also has technical skills that are more amazing than singing. He can fly helicopters and was trained as a emergency medical technician. He’s responded to over 200 medical emergencies already.

Though not credited explicitly, Michael Jackson’s ultimate hit “Beat It” has had an unlikely collaborator. Eddie Van Halen was behind the epic solo of the track. Imagine Eddie playing it live on an MJ concert.

Wolfgang Van Halen, Eddie’s son, joined the band in 2006 as the band’s bassist. He was only 16 when he started touring with the band. “Wolfie had it the toughest on tour, He had three or four hours of [tutoring] every day, and then the gig,” Eddie told Rolling Stone Magazine.

Former bassist Michael Anthony is in the hot sauce business. It has been speculated that Anthony’s involvement with external ventures led to him being kicked out of the band.

Eddie Van Halen’s middle name is Lodewijk. It was based on one of the most prominent classical musicians of history, Ludwig Van Beethoveen. His son is also named after Wolfgang Amadeus Mozart.

Eddie Van Halen admitted he was suffering from tongue cancer in 2001. He underwent surgery and lost a third of his tongue in the process. Luckily, he was declared cancer free the following year.

Eddie Van Halen’s famous black and gold guitar on the cover of the album Van Halen II, was used in a different setting. The guitar wasn’t even used in the album, as it wasn’t finished building by the time they were recording. His guitar was buried alongside Pantera guitarist Dimebag Darrell, who was shot by a lunatic fan, and died in 2004.