The Biggest Mistakes These Classic Rockstars Ever Made 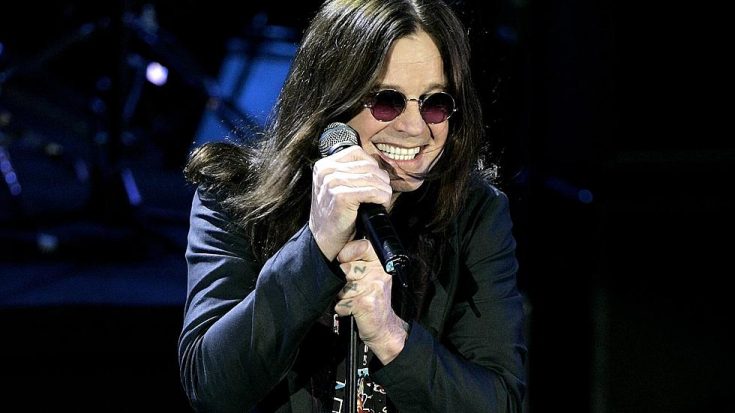 Fame isn’t an excuse to do wrong. The rock industry has been teeming with controversy ever since day one. Some of these might be personal issues, substance-related happenings, or just riding the edgy train. Some of them had it so bad that it ended their careers. But truth be told, it takes more than a single controversy to derail a musicians career. Some have escaped responsibility unscathed. What does it take to ruin your career, anyways? Let’s explore a bunch of these musicians who were put on the spot with their faults.

And no, Ozzy Osbourne is for another day. Let’s cut the guy some slack.

British alt-rocker Oasis would’ve had longer years in their career if it wasn’t for some internal scuffle. Brothers Noel and Liam Gallagher has made it clear multiple times that they didn’t have the best working relationship. Trash-talking, infighting, even squabbling at live interviews, they made their hate for each other evident. But things went up a notch when in 2009, just as the band was to take to the stage, the brothers had a fight in the dressing room. Words were flung, heavy breathing was all around. But it all changed when Liam decided to beat him up with a guitar. Noel says Liam wielded it like a battle axe, and almost took his face off with it. The band broke up then and there. Tough love, huh.

Oasis photographed during soundcheck, September 26th, 1994 at The Bottom Of The Hill Club, San Francisco, CA.

Dance-rock Culture Club’s frontman Boy George committed his biggest mistake in 2009 when he was charged with physical assault. The musician met a male escort by the name of Audun Carlsen in 2007 by way of the gay dating site, Gaydar. Carlsen was hired for a nude photoshoot and reported to have been performed oral sex on by George. After being accused to have stolen pictures from George’s computer, he was handcuffed and beat by Boy George. Carlsen escaped after having undone the cuffs and dashed for the streets after being chased with a whip. He was sentenced to 15 months in prison after his trial found him guilty.

One of rock and roll and rockabilly’s earliest pioneers, Jerry “The Killer” Lewis charmed the world with his masterful performances. However, all of his hard work went to naught when he made one serious trespass that would mar his career forever. During his British tour in 1958, he brought his wife with him. What could go wrong, right? Everything was wrong from the start. Lewis’ wife was an underage teenager by the name of Myra Gail Lewis, which shocked everyone. Lewis told the press she was 15 as a matter-of-factly, but in reality, Myra was just 13. To make matters worse, she was actually Lewis’ cousin. He’d been having illegal sexual relations with the child, and the UK has had enough of him. Those who went to his concerts went for the sole reason of booing him. His shows were cancelled. He was kicked out of his hotel. Even back in the US, Lewis was blacklisted, and his songs were banned from being played. This was the end.

While The Rolling Stones is far from being out of business, one incident scarred them all so badly it left a trauma of a lifetime on the band. The Altamont Speedway Free Festival was a free for all event for rock fans. It was hyped as the “Woodstock of the West” that almost 300,000 people were in attendance. But the good-natured fun all changed when The Rolling Stones was performing “Under My Thumb”, with Jagger reportedly asking the intoxicated fans to calm down and stop pushing. 18 year old fan Meredith Hunter was one of the fans up front, and attempted to climb the stage. Security detail was provided by the biker gang Hell’s Angels, who responded to Hunter’s attempt. Seemingly irritated by this, Hunter pulled out a revolver and pointed it at the band onstage. Hell’s Angel Alan Passaro quickly pushed his aim aside, and stabbed Hunter multiple times. Hunter succumbed to the fatal wounds. 4 deaths were reported in the event, and live footage was caught on camera.

While Aussie rock band INXS was fairly popular with the funk and dance crowd due to their music, they singlehandedly botched their entire career. Frontmant Michael Hutchence was found lifeless in his hotel room in Sydney, on November 22, 1997. His death was declared as suicide by the coroner. Any sane band would see this as a cessation of activity for them. But INXS was adventurous and decided to host a reality TV show where they would let people compete to become INXS next vocalist. The band has been through several frontman changes after that event, which proved to be futile. They eventually called it quits, after unanimously declaring their last performance in 2012. They shouldn’t have made light of Hutchence’s death with a travesty of a reality show.

What was the most disappointing news you heard of a rock icon? Leave a comment.