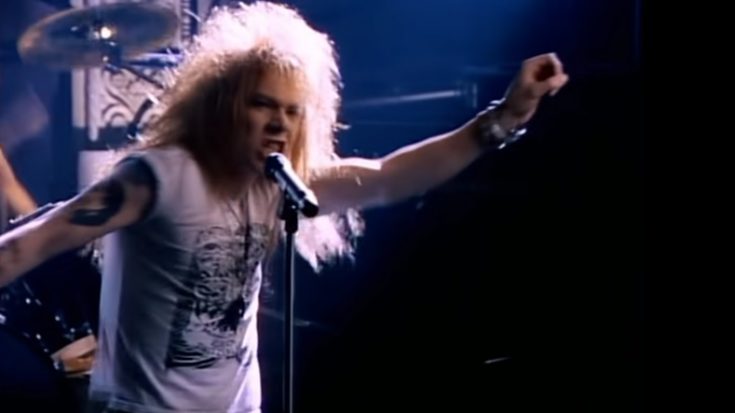 Guns N’ Roses will be releasing the debut vinyl version of their 2004 “Greatest Hits” collection on September 25th.

Originally a 14-song set, the release will be expanded with the addition of GNR’s 2018 single “Shadow of Your Love”, which was first recorded in December 1986 and was released together with the 2018 box set reissue of the band’s 1987 debut album, Appetite For Destruction.

“Greatest Hits” reached 3rd place in 2004 on the US Billboard 200 and topped the Catalog Albums chart in 2007. It is comprised of eight of Guns N’ Roses’ top 40 Billboard Hot 100 tracks, spanning their first five album releases, and also includes their version of The Rolling Stones’ “Sympathy For The Devil” which was recorded for the 1995 movie Interview With The Vampire.

Only available in digital and CD formats in the past, “Greatest Hits” will now be pressed as a 2LP set on 180-gram audiophile black vinyl, a 2LP set on gold-colored vinyl with red and white splatter, plus a 2LP picture disc available exclusively through the band’s official store.

In other GNR news, the band has announced their rescheduled dates for the recently-postponed North American tour, which will now begin in July of next year.