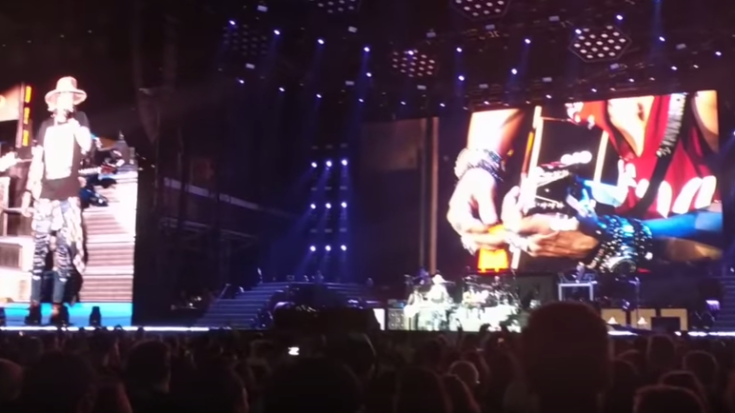 Much Respect To The Whole Band

Who would have thought GnR could breathe new life into this classic tune?

Last August 8, country singer Glen Campbell passed away at the age of 81 after years of battling Alzheimer’s Disease. With his remarkable music legacy, it was only fitting for fellow musicians all over the globe to pay tribute to a multi-awarded artist.

During Guns ‘n Roses’ show in Edmonton, they paid homage to Campbell by playing Wichita Lineman which is often tagged as “the first existential country song.”

This was a pleasant and heartwarming tribute and as the Rolling Stone magazine called it, it was “their most unexpected cover of the tour.”