Johnny Depp Shows Off His Guitar Chops With Face-Melting Solo 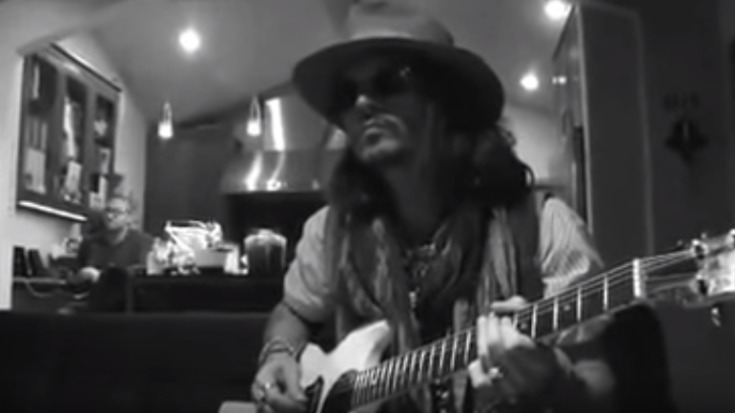 Most people know him best as the man who can easily morph into various characters like Captain Jack Sparrow, The Mad Hatter or Sweeney Todd. But more than his exemplary skills in acting, Johnny Depp is just as talented in the music department.

If you need further proof, watch this video of him jamming with Alice Cooper all the while shredding a blistering solo that’ll keep you on the edge of your seat.

“I found a way to escape all the, sort of, nightmare home stuff, you know? It was a pretty radical – a pretty unpredictable – household that I lived in….

But when I found guitar, from that moment on, like, I don’t have any memory whatsoever of puberty. None. Because I just literally locked myself in my bedroom and paid attention to the records, and I learned stuff.” – Johnny Depp

Besides, he won’t be part of The Hollywood Vampires for nothing.